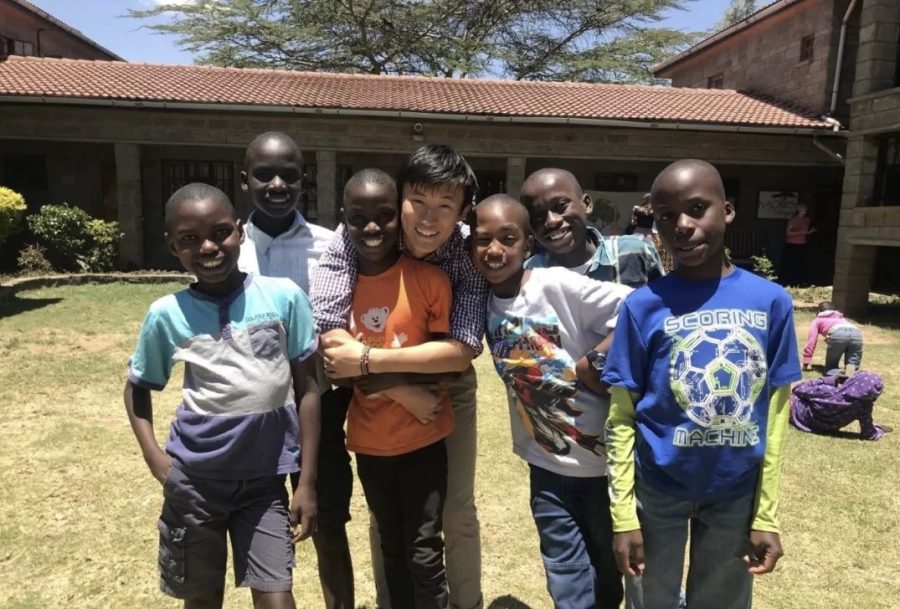 Jason Zhao, a student at Stanford University, volunteers at Naomi's Village in summer 2018.

Ray Chinese School, a local educational organization, is hosting a fundraising seminar for Naomi’s Village, a non-profit organization dedicated to fighting generational poverty in Kenya by providing services to children, at Kennedy Junior High School on Saturday, April 23. The founders of Naomi’s Village, Bob and Julie Mendonsa, will share their story at the seminar.

The Mendonsas’ fourth mission trip to a hospital in Kenya in 2007 was the catalyst for Naomi’s Village.

“Julie went down into a valley below the mission where there were some truck stop towns and saw all these children in need that were victims of the AIDS epidemic, orphaned and living in brutal generational poverty,” Bob Mendonsa said. “It just broke her heart and changed who she was. After that fourth trip, we came back and made the decision that we wanted to live in Kenya full time.”

The couple moved to Kenya in 2008 and retired from their full-time jobs as surgeon and teacher in July 2010, according to their website. Founded in 2011, Naomi’s Village is now a children’s home and school serving children in the Great Rift Valley in Kenya.

The first baby girl that entered the organization was named Naomi, in reference to the story from the Bible, the website said. She was found abandoned in a field in 2012.

One of the services Naomi’s Village provides donors is a child sponsorship program. Donors sign up on their website, and for a small donation every month, they support an individual child in Kenya by providing: meals, regular medical evaluations, education, daily transportation, and pastor services.

Lei Wang, organizer of the Ray Chinese School seminar and long-time partner of the Mendonsas, said donors are also able to communicate with the child. Wang is a long-time child sponsor for Naomi’s Village.

“After we sent the letter, they sent us back a video,” Wang said. “They translated our letter word by word to the little girl, and asked her the questions. It’s really changed our perspective. It was really heart warming.”

Children can also communicate with their sponsors through photo, email and artwork.

For the Mendonsas, working at Naomi’s Village for over a decade has been an eye-opening experience.

“I think most of the west really has very little idea the depth of the degree that the majority of the world is suffering,” Bob Mendonsa said. “It’s important that people engage and support real human beings in a way that they feel is effective and leads to a change in that person’s life.”

Those who want to support Naomi’s Village can donate on their website.

The fundraising seminar will be held at 1 p.m. in room 146 at Kennedy Junior High School. Volunteer hours will be offered. For any questions regarding the seminar or Naomi’s Village, contact [email protected].