All My Rowdie Friends 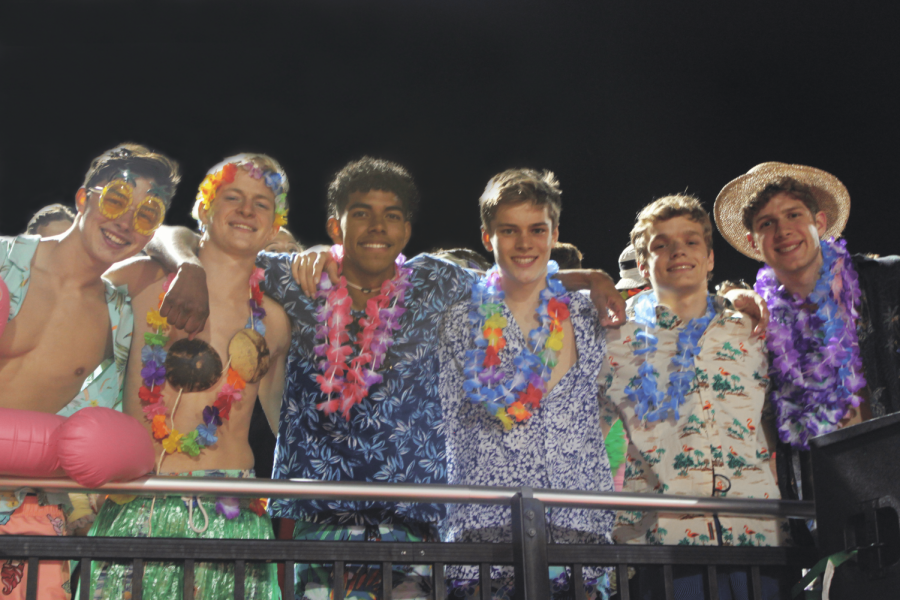 With fall sports kicking off, the Redhawk Rowdies are sure to be seen at NCHS sports and activities. This year’s crew follows a long line of Rowdies, seeking to maintain the groups popularity. The new leaders of the student section are  seniors Cameron Dougherty, Jaeden Howell, Patrick Julian, Carter Stenmark, Jackson Wigger and Leyton Spencer.

“I think our talents as a whole kind of cover everything,” Doughtery said. Wiggers’s talents with videography are key to the Rowdies’ interaction with students

“We’re really, really blessed to have Jackson behind the music and the videos,” Julian said. Non-Rowdies are excited as well.

“As far as Rowdies go, I’d say that we have a really good group this year,” senior Evan Allgauer said. “They’re loud, lively and have a lot of really good playlists.”

The Rowdies have no shortage of enthusiasm.

“We have a lot of people who are really invested in the Central football team and that care a lot,” Doughtery said. “We had a bunch of planning meetings in the second half of summer and leading up to the school year. We really sat down and planned out all the chants.”

The Rowdies are bringing back the classic chants like “Let’s Go Hawks” and even “You let the whole team down,” after a penalty by the opposing team. Skits like Moses parting the “Red-Hawk Sea” and the “Redhawk Express,” conducted by Howell, will be a mainstay of football halftime festivities.

The new Rowdies are also looking to make their own mark.

“Cam has a new one for when we’re winning, the ‘winning team losing team chant’,” Julian said.

Historically, the Rowdies have focused on football, soccer and basketball games, but this year they are looking to cheer on a greater array of Naperville Central sports and activities.

“I know we have a lot of big things planned for this year, especially trying to get to as many sports and events as possible,” Julian said. “We’re planning on going to a golf match, and we’re going to a tennis match.”

There will also be a change to the ever-popular in-game music.

“For every game, Jackson is going to make this five-minute music mix that’s going to change, and we’re gonna have that to get everyone excited,” Doughtery said.  “We want people to come up to us and say ‘Hey, have you heard the song’ or ‘I really like this song.’ We love that. We love when people tell us what they want to hear [us play].”

Although the student section will still informally be organized by seniority, with seniors in the front followed by juniors, sophomores and freshmen at the top, the “One More Row!” chant has been nixed.

“It’s frowned upon,” Julian said. “And we’re trying to phase it out. Obviously,  we are not going to start it.”

The Rowdies stress the importance of “being there.”