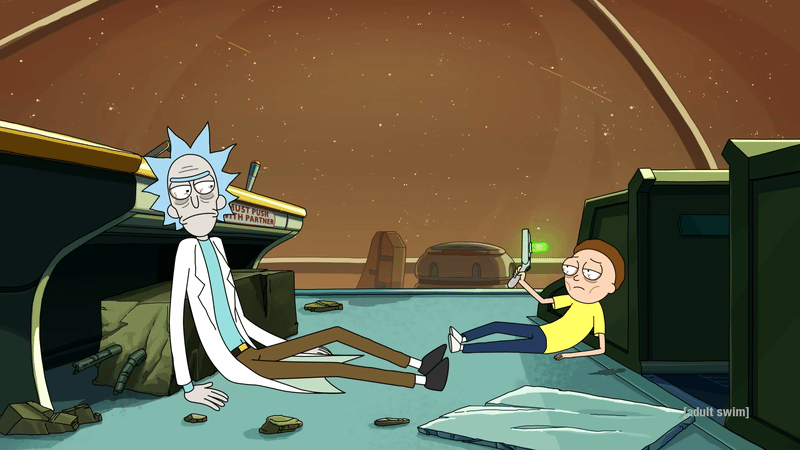 Rick and Morty stranded on the citadel after the events of the season five finale. (Adult Swim)

The latest season of “Rick and Morty” premiered on Sep. 4 on Adult Swim, just about a year after the previous season’s finale. This is much shorter than the up to two-year breaks between previous seasons, but perhaps it could have used a bit more time in the oven.

Picking up right after the finale, the season six premiere titled, “Solaricks,” follows Rick and Morty as they are rescued from the citadel and unintentionally sent back to their original Earths. This splits the episode into a few plot lines. All of these are for the most part boring, and the episode is weighed down by having so many of them that none of them get time to breathe. Plot threads from the previous season are retreaded but played for laughs and just not as interesting when we have already seen them explored in a much more interesting way.

The development of both Rick and Morty and the exploration of their relationship from last season’s finale is largely ignored. The end of the episode is disappointing, with a simple return to the status quo for the most part, though the post-credit scene does set up an interesting plot to return to later.

The biggest problem with the plot is they expect you to remember basically everything from the previous finale that was released a year ago. On my first watch, I was confused at a few parts and did not understand them until I rewatched this episode along with the season 5 finale. This is a problem as the average viewer probably won’t want to take the time to rewatch even one episode, and a simple quick recap could have fixed this entirely.

The animation is great throughout the episode, and the voice cast continues to do a good job with their respective characters. These are all good but are mostly standard for the show at this point and there weren’t any moments that amazed me.

Another problem with this episode is the humor. Typically, I tend to laugh at least a few times throughout an episode of “Rick and Morty,” but even when it does not make me laugh, it still tends to be somewhat creative with its jokes. The humor in this episode just does not work for me. Plenty of references and the usual self-aware and meta moments but none of them land for me this time around.

Overall I did not hate this episode, but I was disappointed by it. A quick-moving but flat, uninteresting plot and missed humor leaves this episode being just okay. The episode is mostly redeemed by the post-credit scene. It is hard not to recommend you give this episode a try, especially if you are a fan of the previous seasons. It’s still “Rick and Morty,” just a little less interesting, funny and creative.