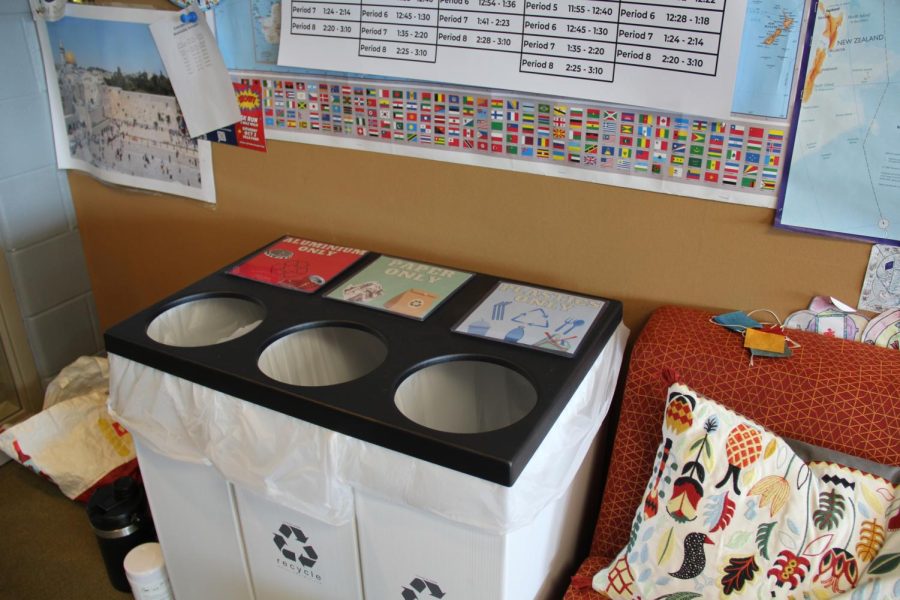 “The rate of failure [for recycling] is around 60%” custodian Steve Rosenweig said.

“So much of what gets put in a recycling bin is either not recyclable or garbage,” principal Jackie Thornton said.

In May, facilities manager Cuauhtemoc Zarate and Patrick Dolan, the District 203 buildings and grounds director, purchased 10 new recycling bins for the school. If the pilot program is successful, more bins will be ordered, Thornton said.

“Do the units that we ordered work? Is it successful? Are we able to recycle plastics now because of the decision?” Thornton said. “The hope would be to increase the amount of our waste that we recycle.”

The pilot was originally an effort by students from social studies teacher Seth Brady’s Peace and Conflict Studies class.

“The reduction of plastic at Central has been an ongoing project for the past three years and previous students have created a framework to get new recycling bins,” senior Izzy Ebersold said.

“It was super easy to find great teachers willing to implement and enforce the rules of the new recycling bins,” Ebersold said.

The main goal for the recycling pilot is that students, staff, and faculty will be educated and make a change regarding what they choose to recycle and making sure that their disposables are fit for recycling.

“I firmly believe that with education coming from students, not just faculty, other students will be engaged and also want to make a change for the better,” Ebersold said.