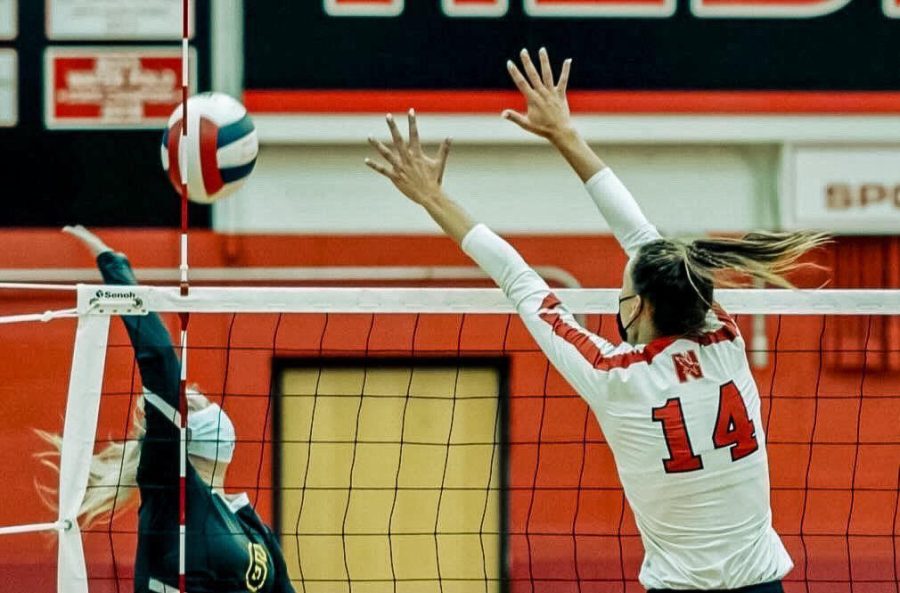 The Central Times Editorial Board has selected Kenzie Brower as female Athlete of the Year. Brower was a three-year player on the Naperville Central volleyball team.

“I actually started playing right before freshman year,” Brower said. “I figured out I really loved the sport and team aspect of it so I realized I wanted to take it farther.”

Assistant varsity volleyball coach Todd Holmberg said he saw Brower put in hard work to get to the level she reached.

“She is a gifted athlete and works hard,” Holmberg said. “She helped out our team and was a great asset.”

Brower is not only a gifted athlete on the court, but in the sand as well. Brower has committed to the University of California, Los Angeles for beach volleyball, and will take to the sand this upcoming year to play for the Bruins. The Bruins were ranked as the number three beach volleyball team in the nation at the conclusion of last season.

“I like beach volleyball more because it’s only two people so I get to touch the ball every point,” Brower said.

“I think we had a very good group of girls who really demonstrated teamwork and desire to work together,” Holmberg said. “I think Kenzie had both of those attributes.”

Brower has found a love for the game and wants to be able to continue her relationship with volleyball for as long as possible.

“The big dream is to go to the Olympics, but I definitely want to keep playing,” said Brower. “I want to play in the AVP (Association of Volleyball Professionals) Pro League but the Olympics is the dream.