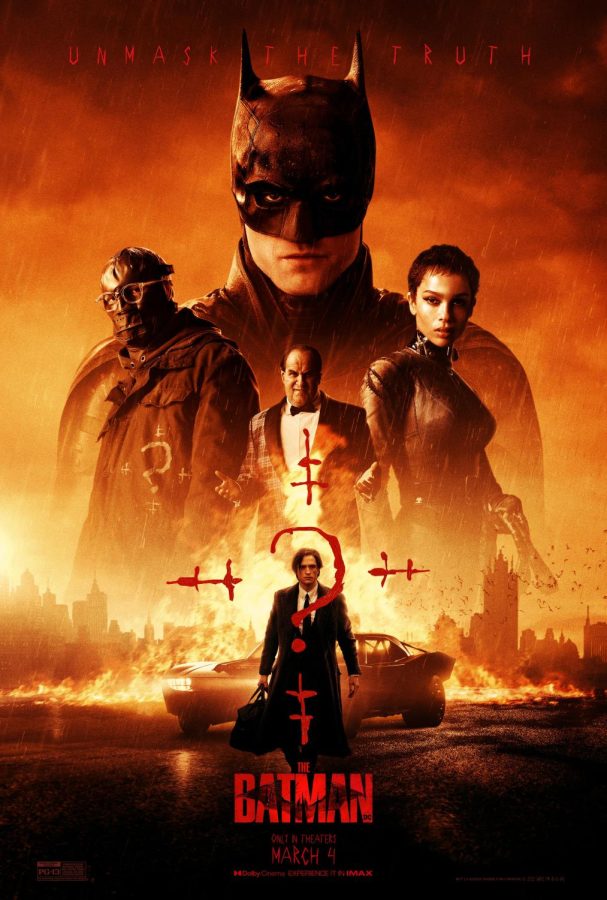 There are few movies as brilliant as “The Batman,” directed by Matt Reeves, an adaptation of staple Batman comic books such as “Batman: Year One” and “Batman: The Long Halloween.” It is truly one of the greatest comic book movies of all time.

“The Batman” follows the titular character in his second year as the caped crusader. At that point, he hadn’t fully established a trusting relationship with Gotham City Police Lt. James Gordon and does not have his butler Alfred’s approval for his late-night activities. The main antagonist of the film, the Riddler, attempts to “unmask the truth” of the city by murdering various public figures. Batman works with Gordon and Selina Kyle, better known as Catwoman to uncover who the Riddler is.

Reeves, who’s also one of the movie’s writers, is the first person to truly understand the character of Batman. This early version of the character, who is only just beginning his career as the vigilante, focuses on him figuring out who he is as Batman rather than who he is as Bruce Wayne. The philanthropic aspect of Bruce Wayne is not necessary for the film when the character has not yet established his primary personality, the Batman. Robert Pattinson’s Batman is one of the most brutal adaptations of Batman. Each fight is personal to the character, where he is gritting his teeth and beating on the enemy even when they are down.

The acting in this movie is absolutely brilliant. The Riddler, played by Paul Dano and Penguin, played by Colin Farrell, specifically give standout performances. Paul Dano absorbs himself in this role, getting into the mindset of a bipolar serial killer. Colin Farrell is unrecognizable with all of the prosthetics over his face. He was one of if not my favorite parts of the movie. Farrell is everything you would imagine a mobster version of the Penguin to be like. Watching him on the screen will make you grimace with his dirty humor. His one-liners were hilarious, while also not taking away from the tension from the scene. It is clear why they are giving him his own spin off series on HBO Max.

If I were to give “The Batman” one award, it would without a doubt be for best score. Michael Giacchino absolutely kills it when it comes to the music in this movie. Every note he writes is completely chilling. Listening to “Can’t Fight City Halloween” will make you want to beat up pedestrians for jaywalking. The Riddler’s theme keeps you on the edge of your seat with its eerie sound. Everything about the score is fantastic.

There are countless things to go on about because this movie is so good. “The Batman” is the best comic book movie of all time making it a must-see movie for anybody.