Review: ‘Peacemaker’ is a superhero gamechanger 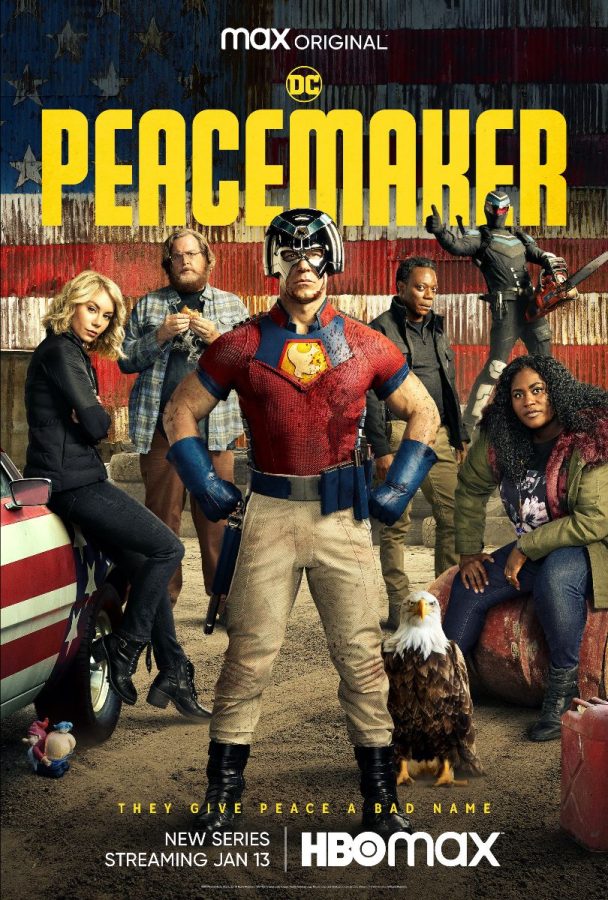 When “Peacemaker” was released on Jan. 13 on HBO Max, I was skeptical. It was pitched as a new TV-MA (mature) DC superhero show focusing on a character no one had heard about until he was played by John Cena in 2021’s “The Suicide Squad.”

While the writer and director was James Gunn, who also directed “Guardians of the Galaxy”, it was hard to imagine how a show centered on a minor antagonist from “The Suicide Squad” who only existed to be a foil to Edris Elba’s Bloodsport would be any good.

But, to my surprise, it was amazing. From the mesmerizing opening dance sequence to the strangely compelling characters, “Peacemaker” had me hooked from the first episode.

The show follows the events of “The Suicide Squad” with Peacemaker getting released from the hospital after the titular squad attempted to kill him for betraying them. He is then approached by several U.S. agents who need his help in stopping an unknown threat only known as Project Butterfly.

While the plot is certainly insane, what makes it worth a watch is how willing they are to point out the different negative aspects of the characters, while still making them likable. The best example of this is Peacemaker himself.

He is a character who is looking for acceptance in others, but keeps looking to bad influences such as his racist and abusive father. While Peacemaker’s ideals do not align with his father’s (especially his views on race), it’s fascinating to watch Peacemaker struggle between his aversion to his father’s racism and abuse as well as his natural desire to be loved by him.

Peacemaker’s issues mirror those of Leota Adeebayo, played by Danielle Brooks. She has a lot of similarities to Peacemaker as she is also looking for approval and acceptance in others, even from her controlling and manipulative mother. Adeebayo is further down the road than Peacemaker because she has given up looking for acceptance in her abusers, but instead in the people she loves.

“Peacemaker” has a great sense of humor, using witty dialogue and funny characters that continue to make me laugh. However, as the show progresses, the humor starts getting in the way of more serious moments that require a more serious tone.

It would be wrong of me to say that these interruptions of ill-timed humor totally kill these moments as they are still very interesting to watch. Additionally, in the case of one character, the use of inappropriately timed humor is used to demonstrate that there is something concerningly wrong with him mentally.

Overall, Peacemaker is a definite watch for fans of “The Suicide Squad” and any of Gunn’s other works. It has a lot of humor, a lot of heart and is definitely unique for the genre.