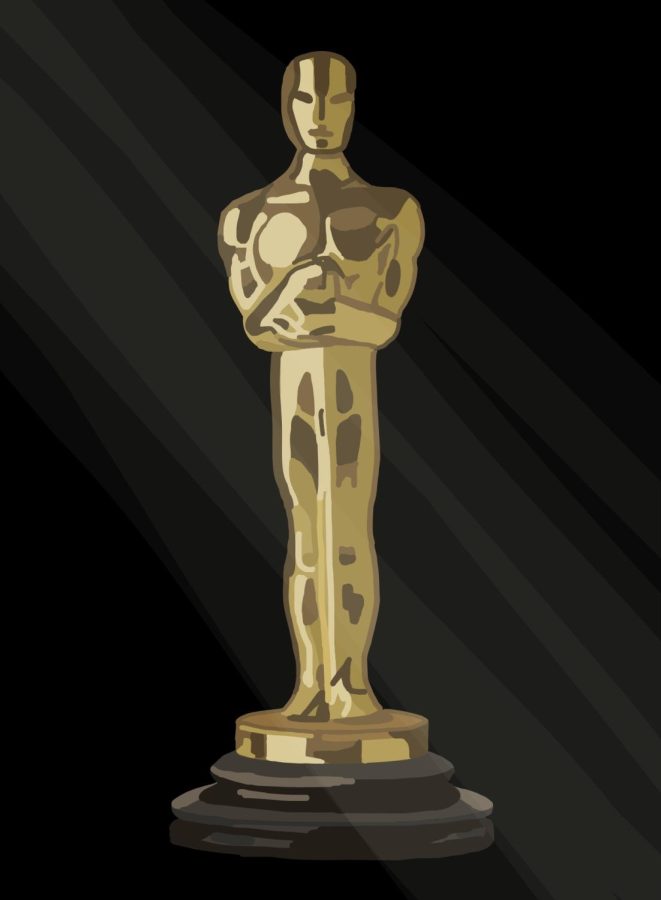 The film season is coming to an end, with the Oscars being the pinnacle of achievement in the industry. And with another year of the Oscars means another year of cringey jokes, bad hosts and the Academy getting every single award wrong. Who’s better to judge a plethora of different movies than the most decorated minds in all the film industry, you may ask? A high school senior who believes his opinion is more valuable of course. Disagreement to these picks is inevitable but not welcome.

When people think of the Oscars their minds almost always gravitate to the best picture, the most sought after award in all of Hollywood. Each of this year‘s nominees are vying for the coveted spot to be proclaimed the best film of the year. There are some strong cases to be made for each of the nominees, but in my opinion, the two clear front runners are “Dune” and “West Side Story.”
Now, I think the Academy is going to go the way of the star-studded “Don’t Look Up.” I don’t believe it to be the right choice. “West Side Story” was an underappreciated movie that had an underwhelming reception at the box office. This remake of the 1960s classic was nothing short of incredible. I was captivated by the stellar performance’s incredible score just as much if not even more than his predecessor.

“Dune” was one of the most anticipated films of the 2021 calendar year, with Timothée Chalamet and Zendaya being the main attractions. Who wouldn’t want to see this movie? “Dune” was an incredibly well told story. It was only the first movie in a long saga; it set up the rest of the series perfectly. But I think this movie did the best to not give too much away. Oftentimes, films like to come out guns blazing. But “Dune” gave us incredible storytelling and cinematography while still saving the best for later. I hope one of these two films can pull it off and take the crowning achievement.

For this year’s best actor there are lots of familiar names. Will Smith, Denzel Washington and Benedict Cumberbatch are all making return appearances. This year, I feel the most deserving of this award goes to Andrew Garfield for “Tick, Tick, Boom!” The story follows the creator of “Rent,” Jonathon Larson, as he creates the famous play for Broadway. Garfield brilliantly captures the pure essence of Larson including all of his mannerisms in a way I’ve never before seen. Reminiscent of Jamie Foxx‘s performance in “Ray,” Garfield completely immersed himself in the role and truly becomes the character he is portraying. That is the mark of a great acting performance becoming so believable they cannot distinguish the art from the artist.

This was a great year for animated films. “Encanto” is a beautifully crafted film with an amazing soundtrack and a great cast of characters. But if it were up to me, I’ll give this award to the underappreciated “The Mitchells vs. The Machines.” This was a film that flew under the radar for the most part that was released in a time when COVID-19 was all anyone could talk about. “The Mitchells vs. The Machines” is one of the funniest animated films I’ve ever seen. Along with nonstop hilarity, the message behind the movie is the most important ones in our day and age. He discusses the relationship between the development of true human connection in the ever constant struggle with reliance on technology. While I think that the Academy will evidently give this award to “Encanto,” I wish it was given to “The Mitchell vs. The Machines.” Some more people would be introduced to this wonderful film.

With over 20 categories, it would be impossible for me to cover them all, but these were my most controversial opinions. The best part about the Oscars is the introduction of new and exciting films to the broader audience. I know that there have been many times I’ve only watched a movie because it’s been nominated for an Oscar and I’ve almost never regretted it. If the Oscars continue to perpetuate creativity among young, inspiring filmmakers, the Academy will get something right for once.