Tryouts for spring sports to be held Feb. 28 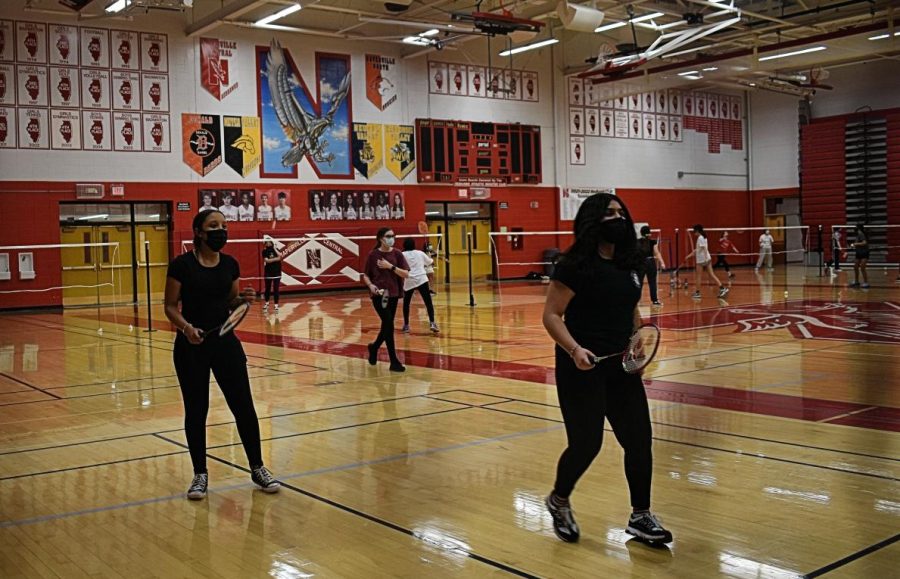 Almost all spring sports at Naperville Central will hold tryouts on Feb. 28, the first day of the spring athletic season.

Rebecca te Velthuis, a freshman trying out for the badminton team, says she is both nervous and excited about the upcoming tryouts.

“There is a chance to be cut, so there is some pressure,” she said. “But a lot of my friends are doing it, so I would have a support system.”

Some sports, like lacrosse, are non cut sports, meaning all the players that tryout make it on the team, and tryouts are only used to determine roster placement. However, the majority of the sports at Central cut players from the team during tryouts.

“Definitely give it a try,” badminton coach Tamara Brooke said.“In high school, I was the last person that they chose for the freshman team, but sophomore year I played on varsity. Then by senior year, my team won state. Everyone has to start somewhere.”

To prepare for tryouts, many sports are hosting open gyms, where prospective players could practice their skills.

“It’s an opportunity to get in the gym and play the sport,” boys volleyball coach Eric Kaisling said. “It’s a great way for freshmen to see if they want to join the team.”

As COVID-19 restrictions have been relaxed, many are looking forward to a more typical season.

“Things are finally back to normal as far as our schedules go,” athletic secretary Vicki Sadowski said.  “Last year we had a lot of our fall sports playing in the spring. So this year, we’ll be back to just spring sports in the spring.”

However, there is still uncertainty about COVID. Even though District 203 is now mask optional, some districts still have mask requirements, which may require Naperville Central athletes to mask up.

“It’s an interesting place that we’re at right now,” Kaisling. “Even throughout the season, everything is going to continue to change.”