Opinion: Virtual reality is awesome, but we aren’t ready for it 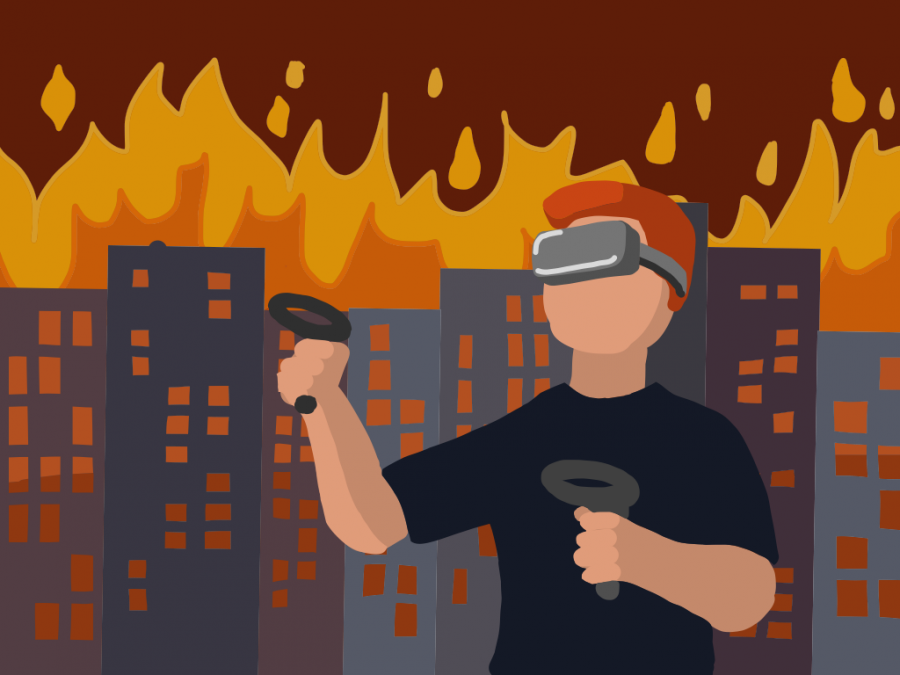 As technology advances, one innovation that has recently come into the spotlight is full immersion virtual reality.

It’s a scary thought: replacing the actual world with a virtual expanse of endless possibilities. However, for a lot of people, this new territory may sound pretty enticing.

I considered this technology to be far from ready, until I saw a post from Meta CEO Mark Zuckerberg announcing haptic feedback gloves.

Haptic feedback gloves simulate the feeling of touch and allow users to “grab” objects within the Metaverse, Mark Zuckerberg’s vision for a virtual reality world with new levels of immersion.

Zuckerberg’s plan is to create a world where people can exist in pseudo-reality, interacting with others using avatars and creating spaces in which interaction with each other is subject to endless variation and customization.

Haptic feedback equips users with the ability to “feel” things that were once only capable of being felt in the real world.

As a person living in a world full of problems, I think that this new technology is dangerous. If people spend too much time in a virtual utopia, the problems of the real world will only continue to get worse. Climate change, poverty, hunger and war are all issues in our world that we simply haven’t found the answers to yet. A gilded virtual reality may very well get in the way of solving these issues.

Additionally, VR in large doses in a long term model may have side effects that scientists need more time to predict. “Guidelines for the Oculus Rift list a host of possible side effects with warnings ranging from seizures, nausea and dizziness to – for children engaging in prolonged use – trouble with hand-eye coordination,” The Guardian wrote on Mar 19 of 2016.

But, we shouldn’t throw this technology to the wayside, because it does offer benefits in more realistic settings.

For therapists, VR may offer a more cost effective solution to psychological treatment. “Through the VR experience, it is easier for the therapist to demonstrate to the patient that what looks like a fact is actually a result of his/her mind,” found Guisseppie Riva, a Professor of Psychology and Director of Applied Technology at San Luca Scientific Institute.

“Once this concept is understood, individual maladaptive assumptions can be challenged more easily.” With VR, irrational thoughts and fears in patients with psychological disorders can be efficiently dispelled.

The temptation with this new, and admittedly really cool technology is to escape the unfortunate realities of a world full of challenges. And why wouldn’t you? The new Metaverse just makes it so easy! But I implore you, remember that this world still has a lot of problems worth solving.

Face your attention to the things that really matter, and one day, these technologies will be available to a world full of people who don’t need to escape.