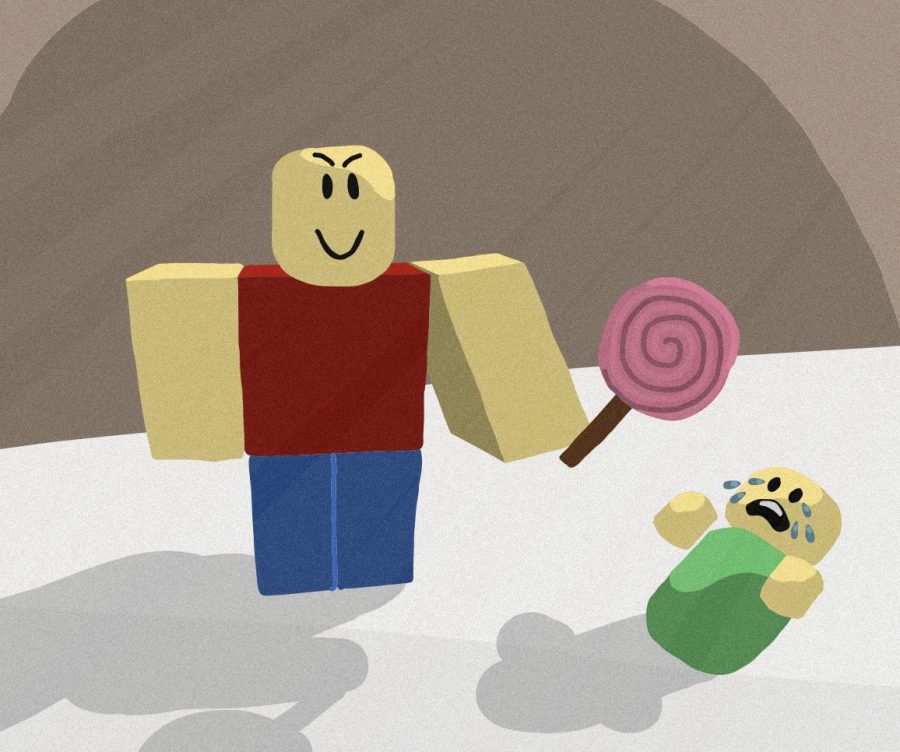 What do you call an obviously cash-grabbing, money-grubbing scheme perpetrated by a multi-billion dollar corporation profiting off the collective naivete of 10-year old children? I call it a scam or a swindle or a good-old-fashioned shakedown. On the other hand, Roblox calls it their business model.

Roblox, to those out of touch with the youth, is a freemium game, meaning while it’s free to download, it monetizes itself with in-app purchases. These purchases range from a shirt worth a couple pennies to the most expensive item– a hat that sells for $625.

Let me be clear, I have no problem with Roblox profiting off of willing customers who have the opportunity to compare and make informed decisions on what services or goods to spend their money on, because for some, these items are worth the cost. But for children with no sense of money bombarded with bright-colored advertisements, it’s easy to see why they fall into the trap of pressing a couple of buttons to unlock the next very-epic, very-exclusive, very-expensive accessory. I don’t have a problem with the items themselves, but I have something against using predatory marketing schemes to exploit children who have no sense of responsible financial conduct to spend ludicrous sums on “exclusive skins” and “rare items.

It’s like every week I see another news article about how some child wasted thousands of dollars on Roblox. One 10 year-old girl had spent $7,200 over two months, another child spent about $1,250, and numerous other families have been financially exploited by Roblox. This is not okay.

And while Roblox may feign ignorance that they simply assumed in good faith that the user of the credit card was the same person the credit card was registered to, the truth is that their payment processor automatically saves the card after making the first payment, allowing and facilitating the children’s access to their parents bank accounts to spend in their game.

There is a very simple way to fix this problem; Roblox should verify the authenticity of the credit card charge. Their user interface should reflect this. For example, instead of saving credit cards automatically, Roblox should require the user to input their credit card information for purchases, even after the first one. This would stop children from blindly spending their parents money without actually having the physical card in front of them.

Companies today make money from creating value that adds to the economy. They make money off of customers who understand, to some extent, what money is. Some of Roblox’s customers aren’t well-informed people who understand the basics of financial literacy, they’re children, so Roblox must institute protections to make sure children don’t get scammed anymore.