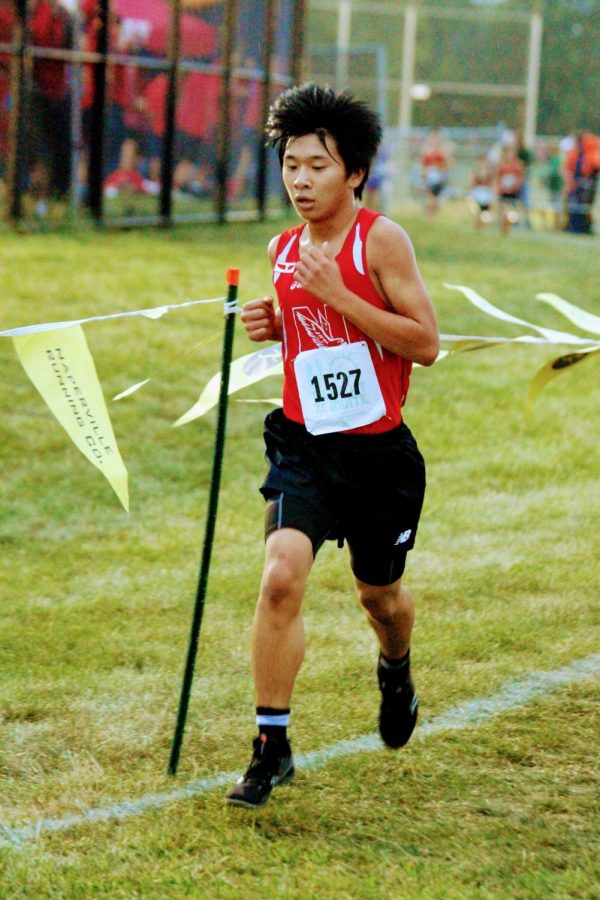 The girls have been performing well all season and didn’t disappoint at Twilight, said Matt Blondel, varsity girls head coach.

“We started off trophying at all of our meets and we got another one tonight,” he said. “I’m excited to see that again.”

Runners on the team are also happy with their results.

“Everybody seems to be breaking their [personal records] on this course,” said sophomore Kate Tueting, who placed 16th in the varsity girls race. “It felt long but it was a really fast course.”

With fewer COVID restrictions in place for the 2021 season, runners are happy to race and compete in a more normal way.

“Obviously with distancing last year, it was quite hard,” said sophomore Liv Phillips, who placed 13th in the varsity girls race and was the top finisher for Central’s team. “This year we’ve been able to open up. We found new training partners and it’s been really good.”

On the other hand, the boys team has also made progress despite several runner injuries, said Dave Ashton, boys cross country head coach.

“We got young guys who dropped some considerable time,” he said. “The veteran guys chopped off seven to ten seconds apiece, and that’s the progress we need to make. We’re looking much more competitive for the sectional.”

The boys need to work more on positioning early on in the race, Ashton said.

“We could have gotten out a bit more aggressively,” he said. “I think a number of guys got pushed around and shoved a lot because of how dense it was.”

“We definitely need to work on packing, staying together during the race,” said junior Luke Noren, who placed 15th in the boys varsity race and was the top finisher for Central’s team. “You run faster with a teammate.”

The team will look to develop in the long term as the runners prepare to enter the postseason.

“We’re a young team, and the sophomores and juniors are doing a great job, filling in where we have gaps,” Ashton said. “Guys up and down the entire line have worked hard to keep us pushing forward.”

Both teams will race next at the DuPage Valley Conference meet on Oct. 16 at Waubonsie Valley High School.