Opinion: Texas abortion ban could restrict rights of women across the country 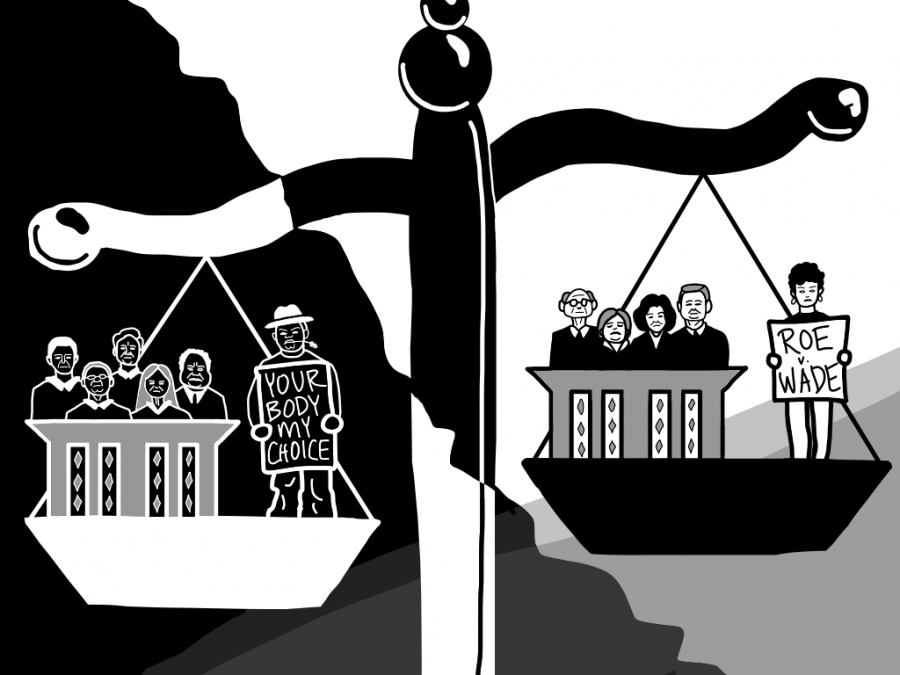 Ever since Roe v. Wade, a landmark decision by the U.S. Supreme Court in 1973 that granted women the right to a safe and legal abortion, women have felt confident in that right.

As we dive farther into time, it almost seems as if we’re going backwards, because 48 years later, this precedent is under threat.

A new Texas bill, termed the “heartbeat bill,” went into effect Sept. 1. It bans most abortions after six weeks, or when a heartbeat is detected, hence its name. Texas Gov. Greg Abbott signed the law into effect in May 2021. Nearly four months later, the Supreme Court in a 5-4 vote, allowed the bill to officially go into effect. For many women, six weeks is not enough time to detect a pregnancy, so the law practically outlaws abortion. Additionally, there are no exceptions in cases of rape or incest.

The women’s reproductive rights movement is about allowing women to choose how and when they want to start a family. Reproductive rights, including abortion, give women the choice to terminate an early pregnancy, and to do so safely.

After looking at the dissents, I started to understand what one of the Supreme Court justices, Sonia Sotomayor, had to say about her decisions. She believes the law to be “flagrantly unconstitutional” and created to both “prohibit women from exercising their constitutional rights” and “evade judicial scrutiny.”  The justices that ruled for the case are blatantly ignoring the issue at hand, and according to Sotomayor, “have opted to bury their heads in the sand.”

Sotomayor continues, “[this bill] is a breathtaking act of defiance—of the Constitution, of this court’s precedents, and of the rights of women seeking abortions throughout Texas.”

The rights women hold to their own bodies have been tested by the court and are less secure as a result.

Contrary to other laws, this law will not be enforced by the state of Texas; rather, private citizens are encouraged to sue violators. It creates a situation where the people can do what the government cannot, removing oversight and accountability from the justice system.

The legal setup of this law is even more complicated. There are no restrictions on whom anti-abortion supporters can sue, so all of the future cases on this law would be private lawsuits between private citizens. It is then harder to take these cases to the courts and be proven unconstitutional, because the law was designed to be set aside from the federal courts and the precedents that they had set in stone.

By now, you may be wondering what this law has to do with other states. Now that one state has been successful in an attempt to strip women of the right to their own bodies, other states will do the same. Arkansas, Idaho, Mississippi and others have so called “trigger laws” that could ban all abortions if Roe v. Wade was to be overturned by the Supreme Court, which this recent loss of precedent could pave the way for.

Even with as many people against this ban, there are people that support it. “Pro-life” supporters are hiding behind the name they chose to make themselves seem righteous in what lives they stand for. In the end, “pro-life” is more about controlling women’s bodies and being “pro-birth” than it ever was about being pro-life, as many women suffer injuries, mental health problems and even death if an unsafe birth is attempted. Would those that are “pro-birth” necessarily support the children born to parents that are unable to support them?

Chief Justice John Roberts, a conservative leaning member of the court, wrote in his dissent that “the consequences of approving the state action, both in this particular case and as a model for action in other areas” could lead to other states feeling as though they have the power to do the same thing that Texas lawmakers did. Although it hasn’t yet, if Roe v. Wade were to fail in the Supreme Court, women’s rights to their own bodies like we know it could be changed, or even gone, without the previous protections we held.