Opinion: The new Snapple bottle is better for the environment, but it hurts my eyes 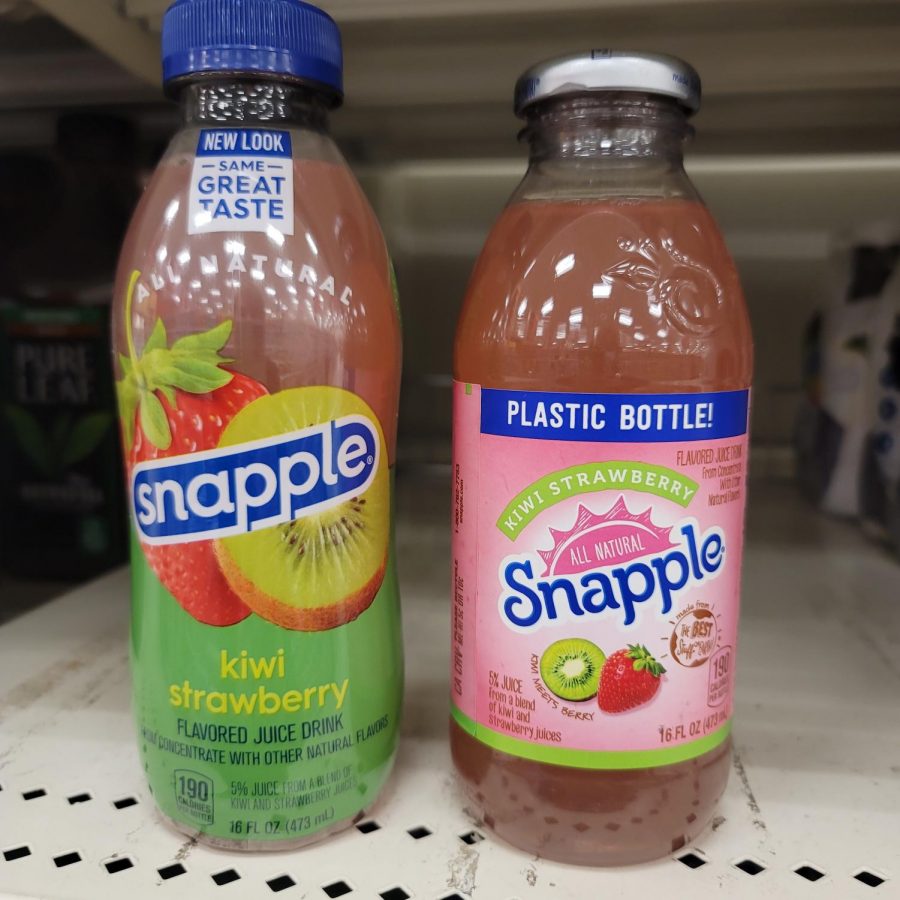 I am sure many of us are familiar with the sacred nectar that comes from the iconic Snapple bottle. I myself am a fan of the kiwi strawberry flavor.

Snapple has always had the slogan “made from the best stuff on Earth,” priding themselves in making (more) natural fruity beverages than their competitors and having a more conscious view towards the environment. They stuck by this for a long time, even removing high fructose corn syrup from drinks when they educated on some of the risks, and replaced it with natural sugar.

Like many, I was sad to see the glass bottle go, but I got used to it, because in reality, the bottle still looked the same, still felt the same, and was nearly the same experience.

People were quick to point out that this could not possibly be better for the environment than glass bottles like Snapple claimed, and technically was not. But in reality, very few of those glass bottles actually ended up being acquired by Snapple and reused. Many had to be remanufactured, thus using an insane amount of resources. In the end , it was not only more economical, but more environmentally friendly to produce the PET bottles.

Needless to say, I could live with the Snapple packaging change back in early 2018, but just recently, Snapple decided to completely overhaul their packaging again.

The new packaging, which bears little resemblance to the original packaging, boasts a new, contoured bottle with a redesigned  label, and ditches the classic metal pop lid for the more common Gatorade-esque plastic lid.

I was not, and still am not a fan of the new appearance. The somewhat outdated looking label on the regular Snapple bottles was kind of fitting for a beverage that reached  its peak popularity back in the 1980s and 90s.

In a light-hearted Instagram post, I mentioned my disapproval of the new packaging and tagged Snapple. To my surprise, they actually responded (albeit with some delightfully corporate language). After reading what they had to say, and doing some further research on my own however, I now  understand their decision a bit better.

The goal of the change is not a bad idea. The bottles themselves are now made of 100% recycled plastic which Snapple and the Association of Plastic Recyclers claims uses 75% less energy and 80% less material to produce. Snapple claims that all these changes save energy in manufacturing and transportation, since they can move more beverages at once, as well as help create a demand for reclaimed plastic, which keeps it out of landfills and ecosystems.

After being bought out by the Keurig Dr. Pepper group in 2009, Snapple has likely adopted a more corporate mindset, and less of their “Earth-focused” practices have stuck around. Of course, as a for-profit company, the unfortunate truth is that Snapple and their parent group are in the interest of making money, not saving the environment.  So in reality, they make most of their changes based on saving shipping costs, but that’s not to say the positive environmental aspects don’t mean anything.

After going through it a bit more, I truly can understand Snapple and the Keurig Dr. Pepper group’s decision to go for a more environmentally friendly bottle; it’s better for the planet (theoretically), and is in line with the Snapple brand. I believe that the changes made in the last couple of years and right now are likely a happy accident where corporate interests meet eco-friendly ones, and they can share a common goal.

Still, the old Snapple branding will be missed, especially those classic glass bottles that go  way back to 1972, but it’s probably for the better. Besides, maybe some of the blame is ours.  If we had all done a better job of properly recycling those  glass bottles, maybe this change never would have happened.

I’ll be  sure to recycle all my Snapple bottles from now on, even if they aren’t my favorite. And when I do, it will be in loving memory of the Snapple that used to be.