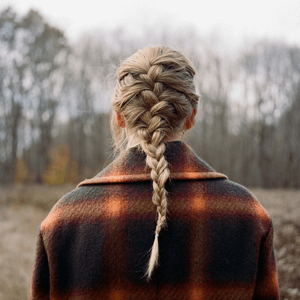 After the massive success of Taylor Swift’s surprise album, “Folklore,” she released its sister album, “Evermore”, on Dec.11, just five months later. It isn’t comprised of outtakes or discarded songs from “Folklore”. It is a whole new album that expands upon the indie-folk style she wrote “Folklore” in, while adding different styles to the mix.

She announced the album 16 hours before release, writing,“we couldn’t stop writing songs…it feels as if we were standing on the edge of a folkloric woods and had a choice: to turn and go back or to travel further into the forest of music.”

She has brought back many of the same collaborators that she worked with on “Folklore,” including Jack Antinoff, Aaron Dessner and Joe Alwyn, Swift’s boyfriend, under the pseudonym “William Bowery.” Notably, she has three features on the album: rock bands HAIM and the National, as well as  indie musician Bon Iver. This is the most features on any of her albums to date.

On “Evermore”, you can find the closest she has gotten to country music in the past few years on tracks like “cowboy like me” and “no body, no crime.” She also has a couple of pop tracks, something she generally avoided in “Folklore.” Songs like “Gold Rush,” “Long Story Short” and the lead single “Willow” could fit in with her previous pop albums with a different production. However, for the most part, she sticks to gentle floating ballads. The soft guitar and somber piano remain a big part of the album’s sound.

The lead single of the album had its music video dropped at the same time as the album. In this track, she sings about her dedication to her lover. The song is sonically reminiscent of “Folklore.” Aaron Dessner’s careful indie-folk production with Swift’s storytelling makes this track one of my top five tracks. It introduces a witchy vibe, that’s gentle but upbeat. It is a really fun opener for an album consisting of mostly sad songs.

This is one of three songs on “Evermore” co-written by Joe Alwyn. The piano ballad is about a woman who rejects a marriage proposal. “‘She would’ve made such a lovely bride, what a shame she’s f*cked in the head,’ they said,” she sings. This song draws parallels to her song, “Mad Woman” where she sings about how women are considered crazy for normal things. Overall the melody is sung in a lower register than in some of her other songs, which suits her well. The breathy vocals and the piano runs make this a very interesting listen.

This is the closest to pop she gets in the album, which makes sense because the only collaborator on this track is Jack Antonoff who has co-written many of her pop hits. She sings about loving someone that everyone wants. The song feels like a continuation of “willow,” hitting on many of the same themes. The intro vocals sound angelic, especially when combined with the piano backing and strings, making this the catchiest song off of “Evermore”.

Similar to its predecessor, “Evermore” features a love anthology with my personal favorite songs,“’Tis the Damn Season” and “dorothea”. It tells the classic Hallmark story of a woman who left her hometown and comes back during the holidays to rekindle an old relationship. “So we could call it even. You could call me babe for the weekend,” she sings. The electric guitar riff and the syncopated rhythm gives it a rock feel, which is a much welcome variation to an album that stays very stagnant.

Swift has made a tradition of putting the saddest song of each album in the fifth spot. The fifth track on “Evermore” was “Tolerate It”, a song about unreciprocated love. The lyrics of ‘Tolerate It’ [are] so visual and convey such a specific type of hurt,” she explained in the “Willow” music video premiere chat. For an album full of sad piano ballads, I’m not sure if this was the most worthy of track five, however it does have one of my favorite lines: “Now I’m begging for footnotes in the story of your life.” It’s also written in 5/4 making it one of her more unique songs.

“No Body No Crime”

The song featuring HAIM is a country adjacent song, inspired by Swift’s obsession with true crime shows. Este was killed by her husband, but no one can prove it, and as the song progresses, the main character gets involved for revenge. The song doesn’t have that much HAIM in it, which was disappointing to me. However, where their vocals are featured, they sound amazing. It is a more dark and mature version of one of her first hits, “Picture to Burn.”

Contrary to the name, this song is  not very happy; it is pretty though. It has been theorized that the song is inspired by The “Great Gatsby’s” romance between Daisy and Gatsby. She has actually referenced “The Great Gatsby” before in “This is Why We Can’t Have Nice Things” on “Reputation.” Heartbreakingly, she sings, “there will be happiness after you, but there was happiness because of you.”  Overall, as a concept, “Happiness” is very intriguing, but its long five minute runtime feels unnecessary. By the halfway mark, it feels like Swift is overexplaining.

This is the second song from the “’Tis the Damn Season” love anthology. In this song she appears to sing from a male perspective, though that has not been confirmed. It is more upbeat than some of the other tracks, which makes it a fun listen. She sings about wanting Dorothea to come back to their hometown so they can get together again. According to Swift, Dorothea went to the same highschool as the characters, Betty, James and Inez from “Folklore.” I guess there is a “Folklore”/”Evermore” extended universe now.

This is one of the more divisive tracks. It’s either people’s favorite or least favorite song off of the album. I suppose it comes down to how much you like the National. I personally didn’t enjoy it, because the feature felt really out of place, especially when compared to the Bon Iver feature, which was far better. However, I can appreciate Swift’s lyricism, and the melancholy melody is very beautiful.

This is a fun upbeat song about infidelity. Yes, very ironic. It also features another one of my favorite lyrics: “Oh goddamn, my pain fits in the palm of your freezing hand, but keep in mind it’s been promised to another.” It’s very poetic, and a great metaphor. This is another song with rather ambiguous pronouns, leaving the specifics of the song up to interpretation. The handpicked guitar and her vocals are mixed perfectly, making it one of the top songs on the album.

This is another song that subverts the expectations of the title. No, this is not a country song, but rather leans heavily into folk. This song seems to reference one of Swift’s favorite country artists growing up, Tim Mcgaw. In Mcgaw’s song “Cowboy in Me” he sings about leaving a relationship because of the wild untamed cowboy in him that can’t settle down. In “Cowboy Like Me” the main character has finally found their partner in crime who is just as wild and untamed as them. It’s a dreamy romantic ballad that paints a very vivid picture. Overall, I liked her vivid storytelling. One of the best moments in the song is the guitar riff.

In an album where Swift mostly avoided being autobiographical, this song is an exception. She briskly sings about the events of her media scandals in hindsight. This is also very pop adjacent. With a different production, I could see this fitting on one of her pop albums. This also has an amazing ending: “Long story short, it was a bad time. Long story short, I survived.” If that doesn’t describe 2020, what does?

This is a tender song about Swift’s grandmother, Marjorie Finlay.This song is the thirteenth track, which is notable, because the thirteenth track of “Folklore” was dedicated to her grandfather. “Marjorie, who still visits me sometimes…if only in my dreams,” Swift wrote in her album announcement. This is one of the most heartbreaking songs. “What died didn’t stay dead. You’re alive in my head.” she sings. Swift’s grandmother died when Swift was very young. In addition to the very powerful lyrics, her vocals were very expressive, making this one of my favorite songs on the album.

This is one of the most experimental songs on the album. It starts with a distorted drum and synths with some cool vocal effects. While many disliked it, I personally thought it was really nice. The slightly off balance piano riff and melodic rhythm parallel with the lyrics of this song very well. The glitchy electronics also reminds me of some of Bon Iver’s newer music. The song is about someone who doesn’t want to forgive their ex, instead seeking “closure.” “Don’t treat me like some situation that needs to be handled,” she sings. I really appreciate her being more experimental and creating  a unique sound.

The title track of this album is also the final track. “Evermore” is a collaboration with the lead singer of Bon Iver, Justin Vernon, who also collaborated with Swift in “Folklore’s” “Exile.” These songs are very similar, and I do prefer “Exile” over “Evermore.” However, Justin Vernon and Taylor Swift in a song together is still amazing. Their vocals together gave me goosebumps.

Overall, this is an amazing album, but in comparison to “Folklore,” it is weaker. One of the best aspects of “Folklore” was the novelty of a huge pop star stripping back the glitz and glam for a raw sound. However, the second time around some of that surprise wears off. “Evermore” still has some amazing tracks, but it mostly sticks to the same sound as “Folklore.” Now that said, as a Taylor Swift fan, I will never complain about new music.

I’m really interested to see what Taylor Swift will do next. She might continue writing indie-folk music. She might go back to pop, or explore a new genre all together; anything is a possibility at this point.