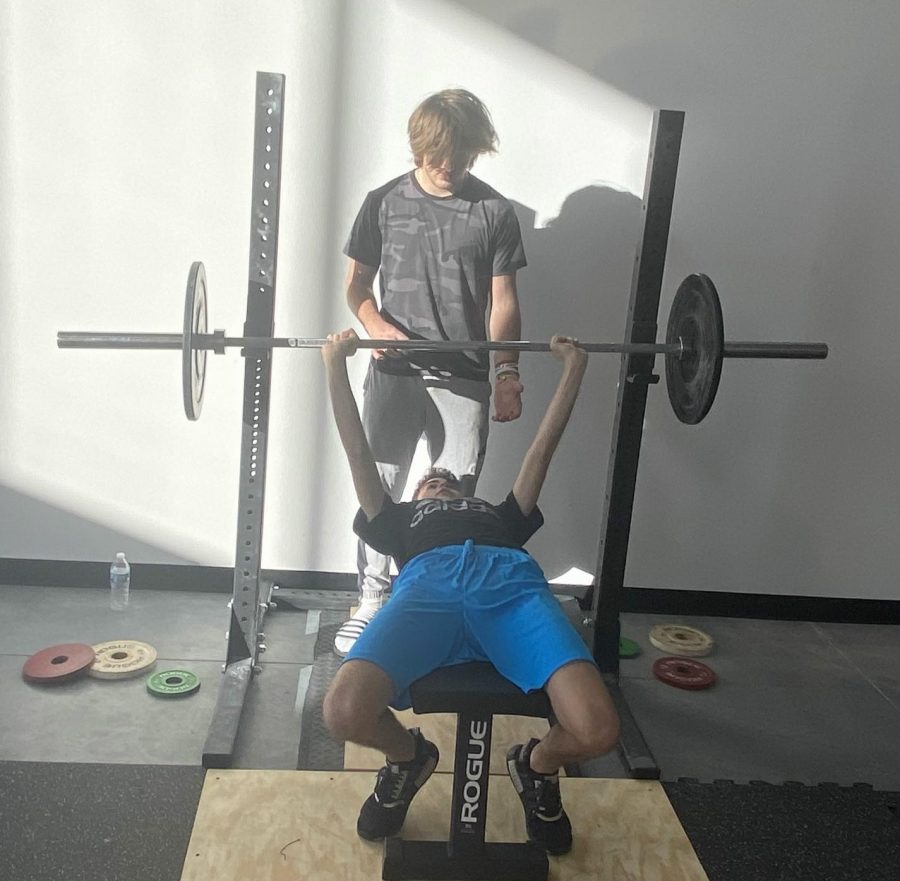 During this pandemic, many have found it hard to stay motivated and productive in isolation, putting tasks on pause and anxiously awaiting some sense of normalcy. Naperville Central freshman Maverick Ohle, on the other hand, has taken advantage of this time. The two-time Junior National Olympic Weightlifting champion began training his friends on how to Olympic weight lift during quarantine, which eventually motivated him to open his own olympic gym.

Ohle’s love for weightlifting was passed down to him by his father John Ohle. John also competed at the national level and wanted to help his sons to become the best athletes they could be.

“When I was growing up, my dad was never that involved in my training,” John said.  ”I told myself that when I had kids, I would try and be involved and open some doors for them that nobody opened [for me]. [I’m] just trying to provide the opportunities for all my sons to do well, athletically.”

Having his own father as his coach inspired him to push himself.

“Listen and work hard,” Ohle said. “My dad always says ‘you lift, I coach.’ I can’t argue with that. He’s made me who I am inside.”

The secret to Ohle’s success is his attention to detail in every single movement he makes. He draws on the technique of elite athletes, spending hours breaking down their every move.

“He’s able to take that technique by watching how they do things.” said Wyatt Ohle, Ohle’s brother. ”He translates that over into his own technique. So by watching others he’s able to really see what’s going on.”

“We never go for a record lift unless our technique is absolutely on, because we just want to reinforce correct movement patterns,” John said.

The final and perhaps most crucial aspect to Ohle’s training is how he recovers.

“Even though you might have a certain workout written down on paper, it doesn’t make any sense to try and do that if the body’s not ready,” John said.

Ohle’s weightlifting background has greatly contributed to his early success in football. As a freshman, Ohle made the varsity football team and will start as an outside linebacker at Central when football resumes.

“It helps tremendously with power, speed, and acceleration,” Ohle said.

During quarantine, Ohle began using his knowledge of weight lifting to train his closest friends in his basement, some of whom also play football. John describes how invested Maverick is as a coach.

“Maverick cares for them,” said John. “He praises them when they do good and celebrates their victories. He takes it personally that they improve.”

After training his friends for a few months and wanting to coach others, Ohle decided to start his own gym with the help of his father. Renting a warehouse, Ohle started The PowerHouse, an Olympic gym located at 505 S Weber St. His main goal was simply to create a space to teach his friends how to Olympic lift, which could hopefully help their other athletic endeavors.

The money made from memberships to his gym and the training sessions that Ohle coaches go towards the rent and maintenance of the facility.

In contrast to a regular gym, rather than machines, PowerHouse features only barbells and lifting plates.

Even though Ohle invests a lot of his time to help others, he makes sure that he is also investing in himself and his own practice.

“I make sure to separate those days,” said Maverick. “I tell my guys ‘I’m not gonna be able to help you on the days I’m lifting. I got to focus. I got to get better too. I got to work on my practice as much as you do, but on other days, I’ll be more than happy to come to help you out.’”

Maverick plans to continue his career in football and hopes to become a strength coach for a college or NFL football team.