Review: ‘Grand Army’ is one of the few accurate depictions of the challenges of adolescence 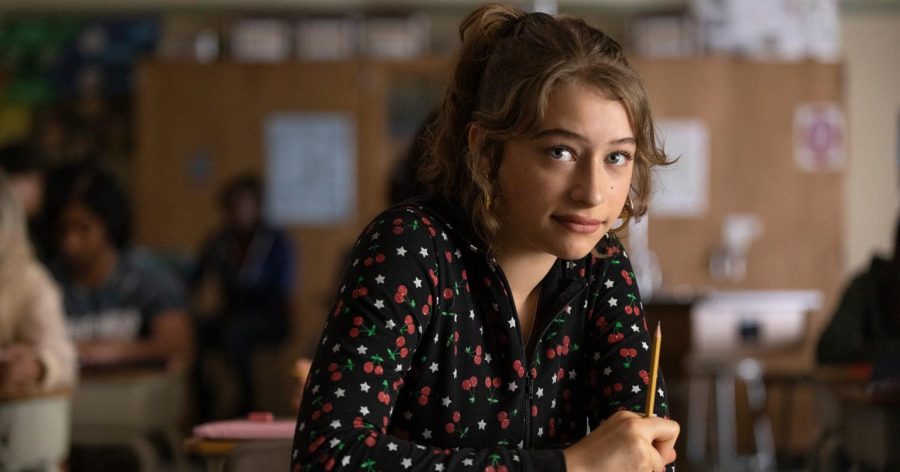 In the new Netflix series “Grand Army,” director Katie Cappiello captures the intricate essence of what it means to be a teenager in today’s day and age.

When a bomb goes off a few blocks away from a New York City high school, students start to panic and are then placed in lockdown. During this time, best friends Owen and Jason make an attempt to lighten up the depressing atmosphere, taking a friend’s wallet from their bag and tossing it around in a playful manner. This attempt is quickly  shut down by a nearby teacher, resulting in a punishment way out of proportion. At first this may seem like a minimal problem, but for the two African American students, it spirals into a much deeper issue.

Through the eyes of student Joey Del Marco, viewers are taken through the experience of rape and all of its repercussions, as she faces betrayal from those she previously viewed as “allies” and is forced to live with all types of trauma. Her journey of trying to find peace in a world of what seems to be nothing but pure cruelty is one I found very moving.

Harvard-driven student Siddhartha Pakam seems to be living a normal life. He’s a star athlete with elevated social status, but underneath this glamorous facade, he struggles to understand his sexuality. It doesn’t help that his parents are tightly bound to every aspect of their religion, in which homosexuality is pure sin.

And it doesn’t stop there. Viewers also follow the life of Dominique, a character who works to illustrate the representation of families in poverty. She shows just how much some kids are forced to take responsibility for in addition to high school.

The numerous viewpoints, each complex and poignant in their own ways, progressively heighten as their individual plotlines move along. As pathways cross, we learn both the positive and negative effects of a human relationship.

As there is so much depth to each individual character, the layout of each episode is carefully constructed to ensure you obtain all the info needed to see each character for who they really are. Specifically, each episode doesn’t isolate the characters from one another, but gives an overview of all of them. This approach allows the viewers to see how a variety of things may take place at one moment in time. Furthermore, you can see how one action has an impact on a totally different issue that was previously thought to be irrelevant.

One of my favorite things from the show in terms of episode structure is tied to a character I have yet to mention, Laila. Laila is the only freshman character from the bunch, and though  she’s eager to get her high school career started, she quickly becomes consumed by the shallow appeals of popularity. And of course, she isn’t truly a part of the “Grand Army” crew unless she represents a bigger social issue. Laila’s character revolves around women’s rights and radiates pure courageousness. Unlike the other characters in the show, Laila flashes between the real world and an alternate cartoon-like dimension in which she lives as a fearless goddess who hunts for revenge among ignorant popular boys who have wronged her. It sounds a little out there, but I can assure you that it in no way takes away from the emotion and realism that the rest of the show exudes immensely.

I could go on and on about all the issues covered and dive deeper beneath the surface layer of each character’s development, but I’m sure you get the gist of it. Usually, when shows try to depict the pure chaos of modern adolescence, it ends up turning into something cringey or flat out unrealistic. But contrary to this common thread, I, as a high school teenager, found the show to be a true delineation of the Gen-Z lifestyle. I would give this show a strong 10/10. It gets such a prestigious rank for not just being a good high school story, but for the emotions it draws from deep down inside you.

As I write, one word consistently comes to mind, Sonder (Noun):

“The realization that each random passerby is living a life as vivid and complex as your own, populated with their own ambitions, friends, routines, worries, and inherited craziness; An epic story that continues invisibly around you like an ant hill sprawling deep underground with elaborate passageways to thousands of other lives that you’ll never know existed”—  John Koeing.

I chose to include this distinct definition because if you haven’t wondrously found yourself pondering these ideas, after watching “Grand Army,” you most certainly will. Tightly packed into nine episodes, the tragedy depicted in the show draws on viewers’ sympathy: you’ll establish a deep connection with the characters and invest hours into the tale.