Opinion: Why this election is very important for women, LGBTQ+ rights and the Earth 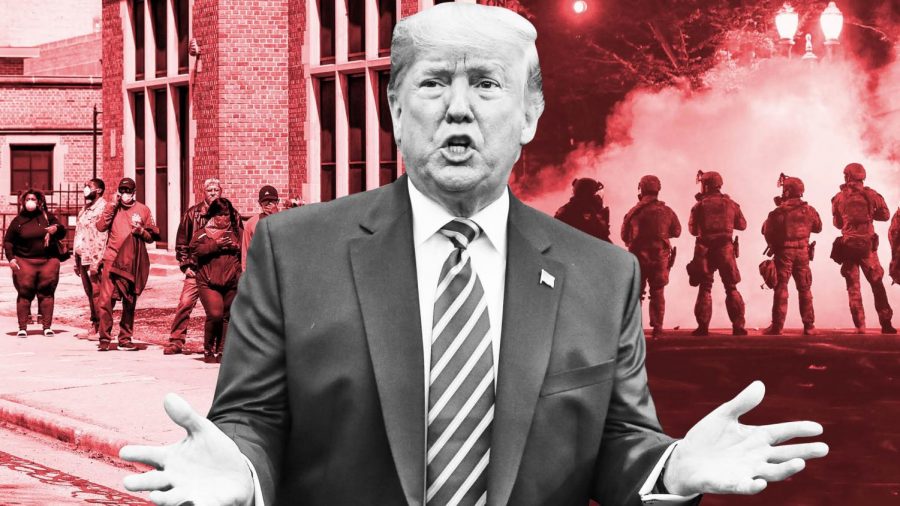 Over the past four years, America has dealt with a lot of environmental and people-protecting rollbacks, oppression, and so called “promises” from the current president. If there’s one thing I can say about how I’ve felt, and I hope many of you can as well, it’s that the country is exhausted, and it’s time for a change.

An important issue the whole world faces is climate change. Yet, according to The EPA, in 2018, the United States emitted 6.5 billion metric tons of greenhouse gases such as carbon dioxide, methane and nitrous oxide, ranking America as the second largest contributor to greenhouse gas emissions after China. It’s no lie that the Earth is slowly dying and America is one of the top killers. You may be thinking, “Why don’t we just put laws into place that slow the effects of climate change?” I’m asking the same question.

When asked about climate change, Donald Trump said, “It’s a hoax.” In addition to his disbelief in a proven scientific phenomenon, Trump’s administration has repealed a total of 72 environmental acts and laws, which protected bodies of water, animals, and limited emissions, air pollution and water pollution. His administration has also removed the United States from the Paris Agreement, an alliance between 195 countries that worked towards strengthening the global response to climate change. All in all, this administration is slowly killing the planet, one rollback at a time. We deserve a president who believes in science.

Adding on to that, protections of the fundamental rights of the LGBTQ+ community and women have also been stripped by Trump’s government. His view on basic human rights has hurt the lives of people all across the country. With the newest appointment of Amy Coney Barrett, a very pro-life and anti-gay marriage justice, to the Supreme Court, many women and members of the LGBTQ+ community are scared about what’s to come.  As members and citizens of this country, they too deserve the privileges of the rights stated in the Bill of Rights.

In the past four years, Trump has frightened many transgender citizens with his contant history of discrimination, starting with his 2017 Transgender Military Ban, which forced new enlisting transgender citizens to serve openly and be barracked with their birth gender. Additionally, he allowed federally funded homeless shelters to discriminate against transgender people and have adoption agencies be able to reject same-sex couples.

As for his threat to women, within the first 100 days of his presidency, he removed funding from the United Nations Population Fund, which provided family planning services and reproductive services to 150 countries worldwide. This goes along with his consistent attacks against Planned Parenthood, a non-profit organization that works to prodive safe-sex education to millions throughout the United States. Accessible to men as well, both are programs heavily relied on by women for birth control and educational resources. Clearly, his feelings about women affect us and our rights to our own bodies.

Now more than ever, the election of the next president of the United States will decide whether people’s rights are protected. Candidates on both sides are not perfect, but one is better than the other. One believes in taking away others rights, while the other believes in providing support with compassion and humanity.

You may have missed your opportunity to vote, but there are so many ways youth can do their part in their democracy, so make sure you participate. As the youngest generation, history has its eyes on all of us.