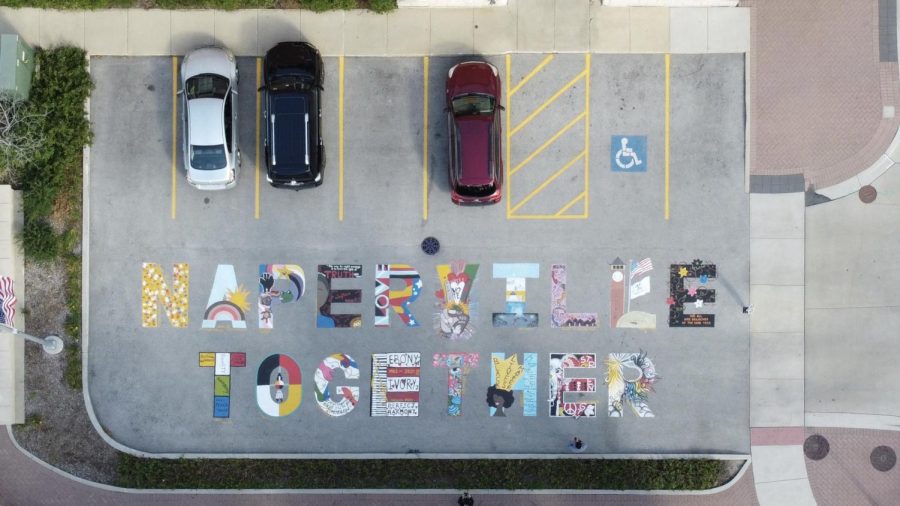 The 'NAPERVILLE TOGETHER' sidewalk art can be found on Water Street in downtown Naperville.

Downtown Naperville recently added inclusive art on Water Street promoting unity throughout the community. The sidewalk art was created by an organization titled Art of Inclusion based out of Naperville. Over 18 artists worked on the art including all different age groups and ethnicities. Reporter Katie Dalton spoke with the creator of the “NAPERVILLE TOGETHER” sidewalk art idea, Naperville Central sophomore Mia Hernandez, about the meaning behind the art.