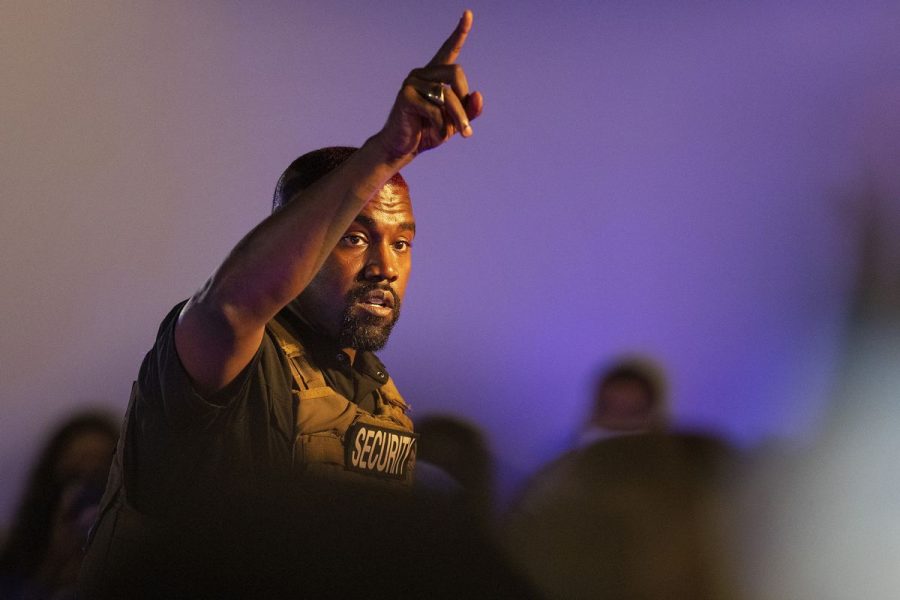 I have made a severe and continuous lapse in my judgment. Over the summer, I wrote a piece on the burgeoning Kanye 2020 campaign, dismissing it as nonsense. In fact, I went so far as to plead for you all to not vote for Kanye Omari West in the 2020 election. However, I have seen the light, and am here to atone for my sins. To address this gross misuse of my platform, I will do everything in my power to make Kanye “Ye” West the most powerful man on the planet. I am urging you, my dear readers (and future Yeezus constituents), not to vote for Kanye just once, but twice.

My eyes have been cleared. Trump and Biden are but marionettes spinning to the tune of the reptilian globalist elites (some know them as Big Ice). Kanye is not just the breath of fresh air that this country so desperately needs, he is the messiah of a new chapter in American history.

While Biden laments over “climate change” and “racial injustices” and Trump yells about “Mexicans,” Kanye is taking his campaign in a far more humble and grounded direction (as is characteristic of the billionaire rapper). He’s talking about the issues that really matter, like his merch, buying his albums and Jesus (amen).

In a time of crisis, America does not need a Calm-Ye like Donald J Trump. Who better to fight a pandemic than Ye himself, who ended the 2009 Swine Flu epidemic single-handedly by releasing “My Beautiful Dark Twisted Fantasy?” Look it up, liberals.

My ex-2040 campaign team and I have been in the lab brewin’ up a campaign strategy that’ll assure the triumphant victory and supreme rule of Chairman West for decades, if not centuries to come. Simply put, the world’s never seen tactics like these. Close your eyes and let the word paint a thousand pictures. Yeah, that’s right, close em’.

Imagine it’s Nov. 3. You mail in but one measly ballot for Mr. Ye. Now open your eyes. Why? What’s that going to do, you absolute buffoon? That’s one vote, yet there are so many more ballots in the world (I’ve counted at least four). Better idea: just keep sending them in. Who cares how old you are? You’re never too young for activism! You can even do it under a different name every time to a different place, as like a fun little game (Not to mention how easy it is to scan and print the one you already have).

Now, let me pose another hypothetical. Shut your peepers back up. You confidently arrive at your local post office with five  truckloads of ballots. Simply put, Kanye West would win “On Sight.” Sidenote, but if you’re feeling a little dreary after a full day of Zooming, feel free to keep your eyes closed for the rest of the piece.

Just think of how many votes you could procure for our upcoming first black president by harassing your family, friends and neighbors. What are they going to do? Tell on you? I hate to break it to ya’, but sometimes you’ve got to burn a few bridges to get the West-ward Wind blowing.

I think that with this revolutionary new strategy, the country needs to start preparing for the Yesidency now.

Get ready for your new Kan-stitution. For too long, faith has been trampled on in the American school system. Once renowned constitutionalist Kanye West takes over the West-Wing, things will finally change. According to his website, one of Ye’s prime directives is to “restore faith and revive our constitutional commitment to freedom of religion and the free exercise of one’s faith, demonstrated by restoring prayer in the classroom including spiritual foundations.” Needless to say, four Ye-ars would leave this country looking like nir-Kan-a.

Are you as excited for the 46th as I am? Here’s what you can do to help in America’s final election:

If every person reading this right now stole 10,000 mail-in ballots, Kanye’s path to victory would become a whole lot wider.
Vote 100,000 times. Vote 1,000,000 times. Why stop voting? Sign ballots ‘til your arms hurt.
Eat Kanye’s records to gain a portion of his endless, godly strength!
Get the word out on social media with #KANYE2020. The revolution won’t be televised, but it will be live-streamed on Twitch.
Here’s a fun challenge to encourage your friends  — whoever votes the most times gets the TV remote at the next get-together.
Prepare for the harvest.
Stream “Yeezus.”

Well, what are you still doing reading this? A hand scrolling through a column is a hand not voting for Kanye. Oh, and you can open your eyes now if you haven’t, the article’s over.