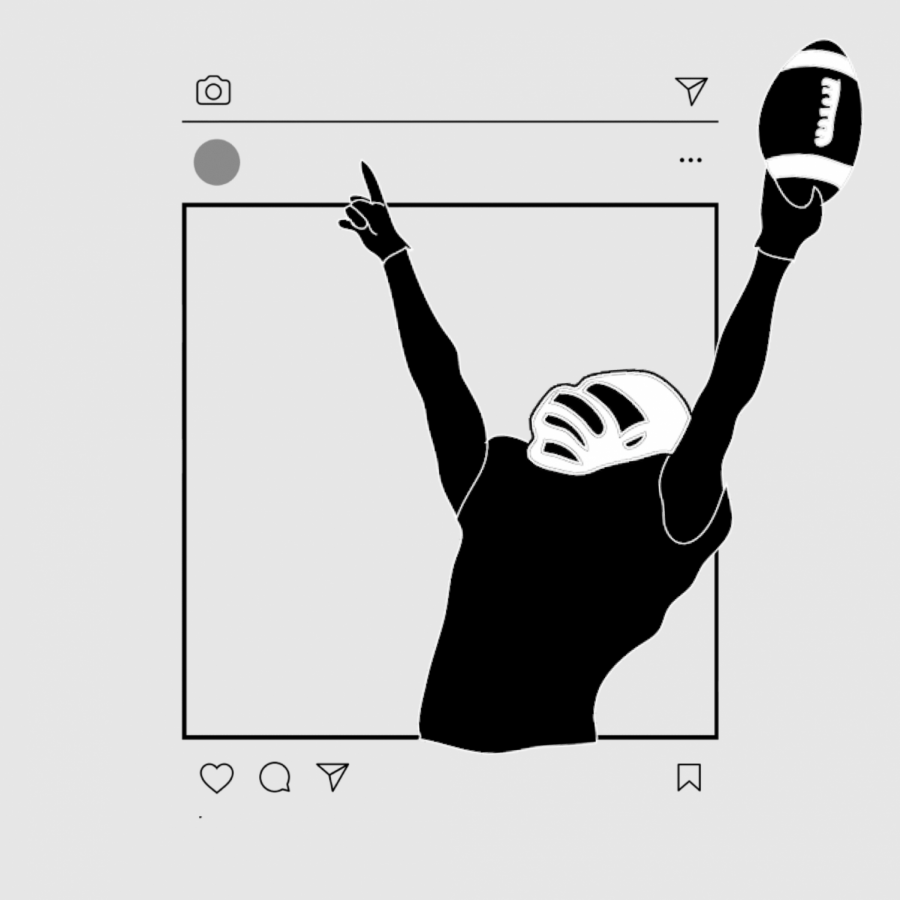 As social media has become an integral part of everyday life, it has also turned into an important platform for athlete branding.

There are currently eight million high school athletes in the United States of America, according to the NCAA. Out of those eight million athletes, how does one separate themself from the rest?

The answer is athlete branding. A brand is how an athlete’s reputation is expressed to others. Athletes build their brand throughout their sports career, but it takes effort and time.

Another part of an athlete’s brand are the symbols that represent him or her. Symbols and phrases mean different things to different athletes. Athletes usually create their own nickname based off of symbols that connect back to their values and personality. These names usually include symbols such as numbers that mean something to the athlete and a few letters usually pertaining to the letters in their name. We see this in professional sports in athletes such as Tim Anderson, the Chicago White Sox third baseman who branded himself as “T A 7.”

This whole idea of branding stems from social media and is most  prevalent among the male sports of football, baseball and basketball. Colleges now search through a player’s social media, as it shows values and personalities. Players can stand out to coaches by creating a brand or name that they want to be perceived as.

Players who brand themselves in high school are now even starting to create merchandise for the sole purpose of getting their brand out, a simple numbers game.  Athletes who have amassed a large number of followers then hope that their fans will buy the merchandise and support the athlete, allowing their name and brand to be advertised even more.

Back in the day, an athlete’s brand was built from a loyal fan base. “The Fridge” branding was built from the fans, but then was accepted and used by Chicago Bears great William Perry. The branding allowed him to be known and heard as an athlete and gave him more opportunities to make money from advertisements. Today, athletes are starting to brand themselves at a younger age, especially  at the high school level, hoping it will aid in being recruited by colleges.

Not all players brand themselves, though. Some don’t see the need to create a brand. Instead they rely on regular recruiting strategies for college. Although, for the players who grow and develop their game around other prominent and skilled athletes who already have brands will want to brand themselves eventually, but it is a decision that is made by both the athlete and their family. It is the simple fact that people want to follow in other people’s footsteps to look “cool” or to use the same strategies that they see as useful.

The downside to branding is that people can negatively perceive a player as egotistical and arrogant. When putting yourself out on the internet and giving yourself a nickname, personalized social media and even a clothing line, it can be seen as self-centered. And it very much is self-centered. However, it is necessary to be. Why? Because the whole idea of branding is to self-advertise. Most adults and coaches do not understand the need for branding, but many young athletes nowadays do and can relate to the values and ideas of many branded athletes.

I believe branding for athletes is crucial. It is all but non-existent in my sport, women’s soccer. However, I do believe that it is extremely important for male athletes in a competitive and selfish sports community. It is important to understand and remember that every sport is different. Branding does not happen in every sport and it does not just happen overnight. It takes time to create an image, and lots of effort to get your name out and to grow your brand.

Ultimately, branding is very helpful during a players recruiting period to get noticed by schools. It can be hurtful based on how it is used and how much effort an athlete puts into it. So, I say: go brand yourself on social media and share your story from on and off the field, court, rink, etc. Maybe you will be the next “Black Mamba” or “Sweetness” you never know.