What George Floyd’s death means to a second generation immigrant 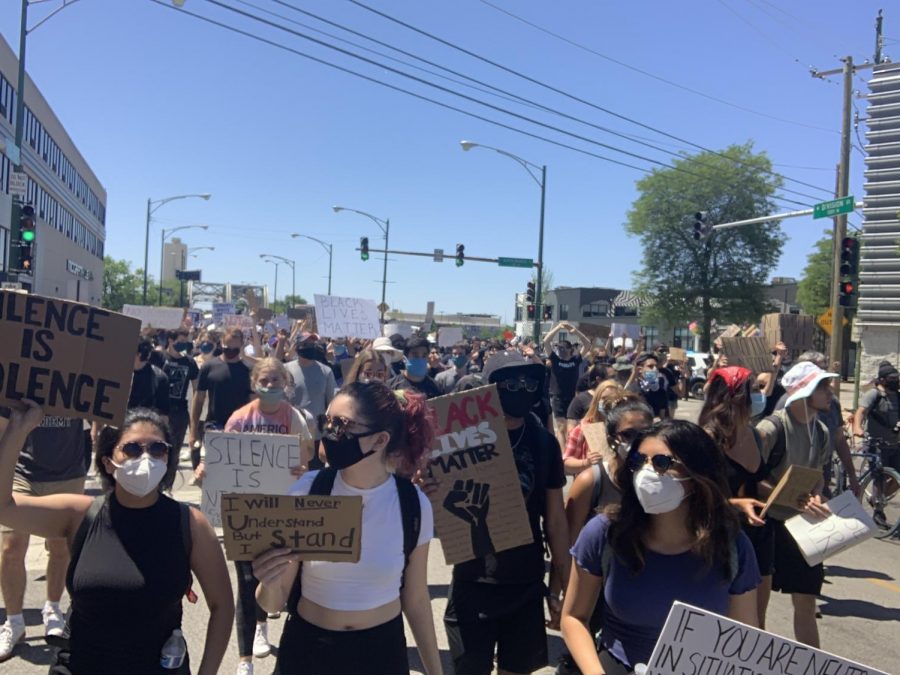 On May 25, an innocent man died in another case of police brutality. George Floyd was an athlete, a friend and a father. His life was abbreviated because of an allegedly forged $20 bill.

That night, as I read the news of how Floyd died, I was brought to tears, not only because this unarmed man lost his life, but because I knew that his real crime was his blackness. I knew that racism still existed in this country and I knew that Floyd’s story was not a unique one. But for some reason, as all of my social media flooded with details of his death, I felt especially impacted this time. I began to further educate myself, reading article after article about how racism was still prevalent in this country. It became clearer and clearer to me that I was in a position of privilege, having never experienced the challenges and discrimination Black citizens face, and I felt an obligation to do something about that. Beyond donating and signing petitions, I wanted to be an active participant in the cause. I asked my parents to allow me to go to a protest.

To give you some background, I have grown up with first generation immigrants as parents. I live primarily with my dad who was born in lower-middle class India and worked extremely hard to come to America to start a better life for himself and his family. I think for my parents who had seen poverty and injustice rampant in their home country, they accepted the idea that “that’s how the world is.” Activism and fighting for social justice wasn’t a big part of their lives because they were so focused on making something of themselves. Unfortunately, even after making it in this country and now having the privilege to effect social change, this indifferent attitude has stuck with them. To this day neither of my parents even vote, though they are citizens.

Seeing this, I have always been determined to never become apathetic. While as a young person it sometimes feels like there is not much we can do to help important causes, in this case there seemed to be an abundance of opportunities for me to get involved and make a difference.

At first my dad only allowed me to attend local protests for fear that the ones in Downtown Chicago would be too dangerous. Still, I was grateful that though he himself chose not to engage, he was allowing me to and respecting my wishes. My mom, on the other hand, didn’t seem to understand. After one of my first protests she called me, fuming, asking me, “Who do you think you are?” and reminding me that these protests are “all political.” While I thought I was doing something meaningful, she didn’t seem to see it that way. As for politics, an innocent man lost his life for no good reason. I saw no politics, just an issue of right vs. wrong. While I did try to explain my beliefs to her and continue to do so, I also knew that I didn’t need her to agree with me to make a change. I would not let criticisms get in the way of me doing my part.

After many long discussions about what this cause meant to me with my dad, I was finally allowed to go to the protest held in downtown Chicago on June 6, along with my two sisters. Though I knew that some protests had become violent, which was my dad’s initial concern, I wasn’t very worried about it. We planned to leave the city earlier in the day and most of the previous violence had occurred later at night, past the city curfew. All I could think about was how happy I was to be able to go out and stand for what I believe in, not just in my predominantly white suburb of Naperville, but in Chicago, a city where police brutality and racism are so prevalent. For that day, I would demonstrate not in the “Naperville bubble,” but in the real world.

The protest began at Union Park where various organizers from an activist group called Activate: Chi spoke out against police brutality and systemic racism in our country. Upon arriving at the park, I was immediately taken aback by the number of people there. The Chicago Tribune estimated the crowd to be over 20,000. Seeing this, for the first time since the news of Floyd broke, I truly felt hopeful, not only because so many people were choosing to actively support this cause, but also because these were people of all different races, ethnicities and religions. For once, it felt like everyone was able to put their differences aside to fight for what was right.

During one of the speeches, a woman said something that really stuck with me. She explained that it wasn’t enough to not be racist, but that we must also call out those who are racist. She quoted Dr. Martin Luther King saying, “silence is violence.” I remember feeling a sense of guilt at that moment, guilt for knowing that a problem existed in this country and not having tried to do much about it sooner. To be honest, I have yet to shake that guilt. I’m not sure I ever will. I don’t think I ever should. All that I can do is become more engaged and make more intentional efforts going forward.

Once the speakers finished, we headed toward the Cabrini Green houses. As we marched, we chanted various phrases including “no justice, no peace,” “silent cops are guilty too” and “this is what democracy looks like.” Many held up signs as well. As I scanned the crowd, it seemed never ending. In addition to the people marching the streets, cars honked in support, people whistled from their windows, and business owners posted signs on their doors in support of the effort.

While we marched, I vividly remember passing by a little Black boy holding up a sign that read “Am I next?” and immediately feeling my heart sink. It is 2020 and innocent, young children still fear for their lives just because of their skin color. “This is just the beginning,” I remember thinking to myself, “and we as a society have a long way to come.”

I refuse to let this be a movement that loses traction when it stops appearing in the news as often or trending on social media. We all have a responsibility to fight for what is right. I will continue going to protests, signing petitions and donating. I also recently joined the National Association for the Advancement of Colored People (NAACP), which will allow me to help lead initiatives to make Naperville more inclusive.

I will keep fighting until justice is served and equality is achieved, and I sincerely hope others will do the same.