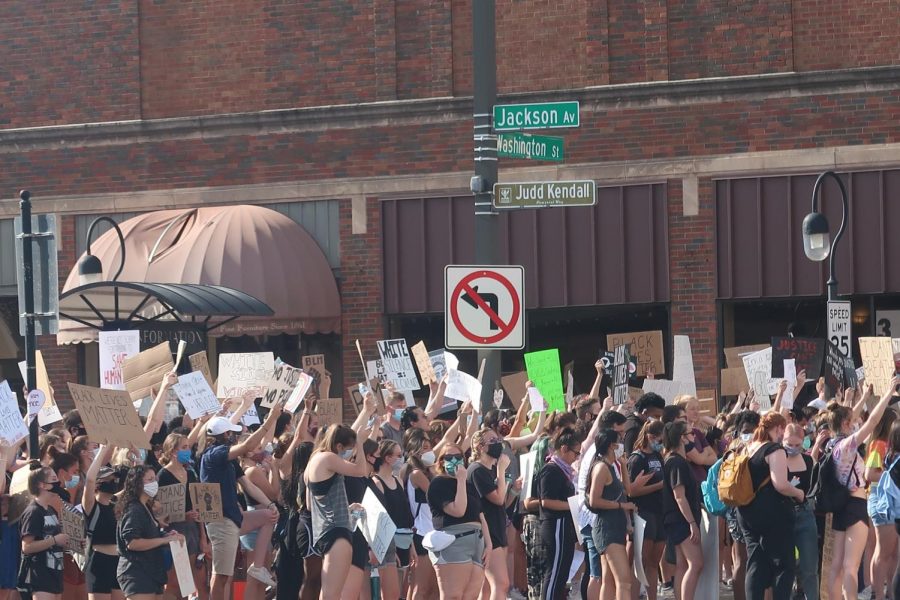 Organized in part by recent Central grad Indya Smith-Johnson, the fourth protest rally and third in downtown Naperville in a week remained a peaceful affair, focused on its message on the day of the first memorial service for George Floyd. The rally followed events at Rotary Hill and Cantore Park over the past weekend and a downtown protest march on Monday that slid into violence and vandalism after nightfall.

The crowd, which included a large number of teenage protesters, listened to speeches from several members of the NAACP as well as testimonials from local black students and a message from Benny White, the first African American to hold a seat on Naperville’s city council.

The full story can be found in the video produced by CT’s video editor Katie Dalton:

Also included here are a selection of photos taken during the June 4 event by correspondent photographer Braeden Schmidt.