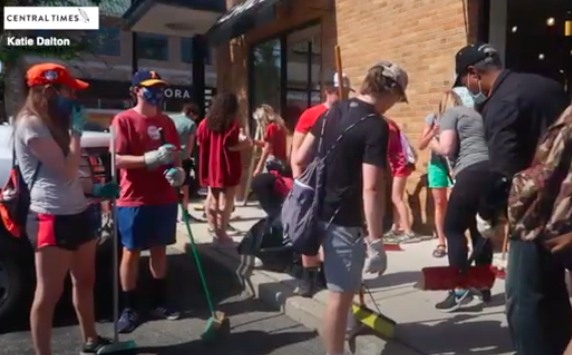 Naperville residents, including many high school students, assist with cleanup the morning after protests turned violent and over 30 city businesses were vandalized.