Review: ‘Nathan For You’ is for you 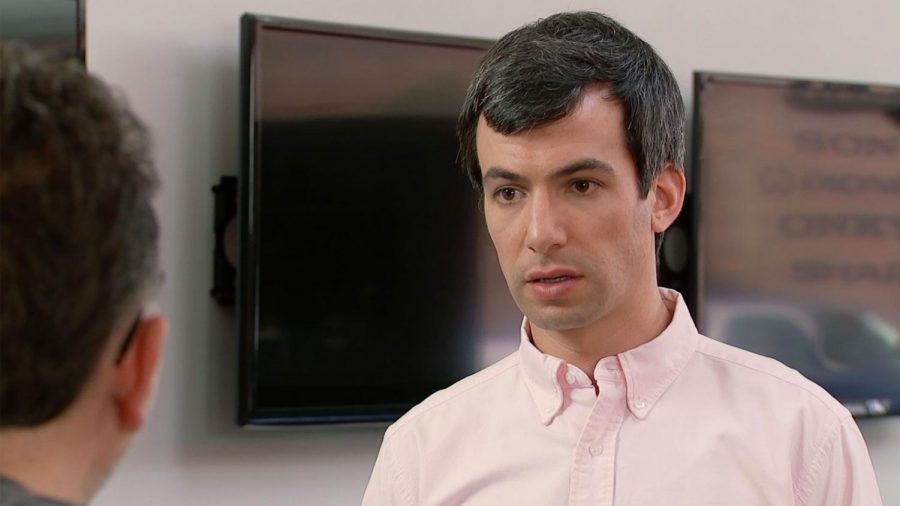 Nathan Fielder, host of Comedy Central's "Nathan For You," guides unsuspecting businesses to implement wacky ideas. "Nathan For You" is available to stream on HULU.

Comedy Central television shows were never really my forte; that was until I stumbled upon Nathan Fielder’s, “Nathan for You,” an American docu-reality comedy television series that first aired on the Comedy Central television network back in 2013. Fielder uses his life skills and “prestigious” business degree to help small struggling businesses make a profit while always taking a unique approach.

The show started to regain attention when the quarantine began as people went looking for shows to watch.

“Amazon.com Inc. and Walt Disney Co.’s Hulu have seen streaming go up during the crisis, according to people familiar with the matter,” the Wall Street Journal reported.

Fielder’s creativity and distinctive acting sets him apart from other television hosts. In the show, Fielder is awkward, emotionless and very serious, which adds to his persona of a business developer. The intriguing part is his comically genius ideas that he proposes to the business owners while still in full character.

Each episode involves two to three businesses that he proposes an outlandish idea to and then tests out. The first episode starts off with a bang. He visits Yogurt Haven, a local frozen yogurt shop in Los Angeles. His main goal is to get more attention from the media by creating a controversial flavor. Fielder pulled through and created a poo-flavored frozen yogurt, and no, that wasn’t a typo. The store owner hesitated at first, but then actually allowed it to be tested. The outcome was shocking while hilarious at the same time.

Each episode is 20 minutes long, the perfect time length for my very short attention span. My family typically watches this show during dinner, though we can barely eat due to the constant laughter.

This show will have you and your loved ones laughing in the first minute from the dramatic and sarcastic introduction. There is never a dull moment throughout each episode.

The series doesn’t have an underlying plot, although there are some running jokes that appear across multiple episodes. This adds an extra flare that you don’t normally see among docu-reality comedy television shows.

Episode five features a fantastic spin-off of the beloved ABC show “The Bachelor” called The Hunk. Fielder took a little time for himself to build his conversation skills and to find love. The spin-off was a perfect break in the series from the business development and pulled the audience even closer to loving Fielder’s personality.

I personally believe that Fielder would fit perfectly in the cast of Saturday Night Live due to his brilliant ability to stay in character even in the most shocking situations. Fielder isn’t seen very often anymore but should be. Since the comedic world has grown so should Fielder’s career.

I would rewatch this series in a heartbeat. The unique acting, creative writing and realistic directing is the work of a mastermind and receives five stars from me.

The entire “Nathan for You” series is currently available for streaming on Hulu.