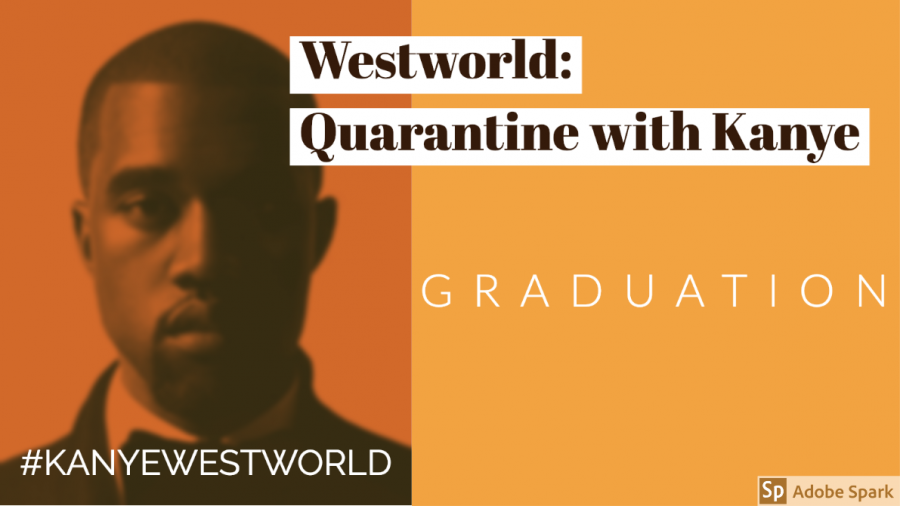 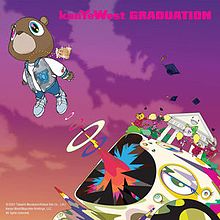 I have no overarching complaints about this album. There’s nothing inherently wrong with it, so it comes down to the songs. And ultimately, its songs are largely flawed, though only a few tracks are legitimately terrible. It’s a fluid combination of being boring, unpolished and grating, with front-loaded highlights.

Rating: B (ratings explained in chart below)

I’m going to cut to the chase on this one: 2007’s “Graduation” is weird. The opening three tracks are really good. Every single other track that follows them ranges from almost good to fully mediocre to actively grating. As such, the only way to really grasp this album is on a track by track basis

Let’s talk about the opener. “Good Morning” feels very much like a successor to “Late Registration”‘s opener of “Heard ‘Em Say.” Not only do they both open with the line “Wake up Mr. West!” but their beats definitely feel connected, even sharing the same musical key. It’s undeniably catchy and has one of my favorite lines on the album: “I’m like a fly Malcolm X/ Buy any jeans necessary.” It’s not spectacular, but “Good Morning” is quite the solid opening track.

The following track, “Champion,” is by far my favorite on the album. The beat is masterfully done and bursting with energy. West’s flow bounces off the beat flawlessly. I was just about to compliment it lyrically for the line “They used to feel invisible/ Now they know they invisible,” but after checking the lyrics I learned that it’s “invincible” the second time, which, while it makes more sense with the anthemic empowerment of the song, is way less funny and meaningful. Oh well, it’s a great track regardless.

“Stronger” is among the most iconic tracks in the Kanye West discography, and while I do heavily enjoy this song, I still feel it’s a bit of a missed opportunity. Yes, the beat is phenomenal and Kanye’s performance stellar, but to me the beat is at its best in the final minute when Kanye’s already done rapping. It slowly builds over time, adding some wackier effects, a short guitar line and a spectral synth melody. I wish these were incorporated more into the other four-fifths of the song, but as it stands “Stronger” is still an understandable cornerstone of Kanye West.

Here’s where “Graduation” loses me. “I Wonder,” the fourth track, is the first sign that things may be falling apart a bit. Kanye’s flow is absolutely terrible and the lyrics corny or lame. While the former is fixed in the first half, he still uses that new delivery to perform the line “Something in your blouse got me feeling so aroused,” where “aroused” is pronounced like “arowsed” to fit the rhyme scheme. I’m not opposed to… “fluid” rhyming in a song, but I’m not particularly sold on this line.

The instrumental is admittedly quite tasteful, especially in the last 40 seconds or so when the strings take over. Listening to the opening sample, though, I’d rather hear the original song than Kanye’s beat. Once again, if he had incorporated the ending variation of the beat into the rest of the song more fully, it’d be a much better song. As it stands, though, “I Wonder” is a harbinger of the various failings to come.

The last song I want to highlight is “Barry Bonds.” The beat absolutely slaps, as does the hook, but the energy is significantly hindered by the unimpressive and occasionally hilariously-bad lines in the verses. The one I want to point out  — that makes me burst out laughing every time —  is “Fresh off the plane, konichiwa b*tches/Turn around another plane, my passport on pimpin’.” Lil Wayne’s feature isn’t much better.

I’ll now provide my full thoughts on every track that didn’t get the paragraph treatment, as I think there’s a few important patterns to recognize here.

“Can’t Tell Me Nothing:” It’s still boring, but also much more annoying. It’s all just really corny, and the beat isn’t as cool as it desperately wants to be.

“Flashing Lights:” The beat is actually quite dynamic. The vocal clip of the words “flashing lights” is a little strange, but the hook is weirdly catchy. This is definitely the fourth best track on the album, but it just isn’t much of a standout.

“Everything I Am:” In the first line of the song, Kanye says that Common passed up on the beat… Good on him, really. It’s slow, boring and lacks any level of spark. The hook just doesn’t work at all.

“Glory:” The beat is just slightly too repetitive, as much as I do love the sample. The chorus and verses use this same exact one measure melody, so it’s just a bit much.

“Homecoming:” The piano line is quite good, but the Chris Martin hook doesn’t quite work. The final line is much less rhythmically in tune with the song compared to the others, so the hook (and thus the flow of the track) just comes to a grinding halt before the song continues.

“Big Brother:” I actually have no thoughts on this song. The most mediocre audio I’ve ever heard.

As you can probably tell by this point, “Graduation” just barely hangs on to its B rating. This is the album I recommend the least out of any in the Kanye West discography because not only is it not great, there’s nothing interesting about its flaws. There’s nothing egregious, but little that’s spectacular.

You might not agree with me, of course. Feel free to let me know your thoughts on Twitter @bhajerCT @centraltimes and use the hashtag #KanyeWestworld in your response.

Luckily, Kanye West’s sound has graduated. There’s a fascinating and remarkable shift in his style after this point. Be sure to join me Friday for “808s and Heartbreak.”