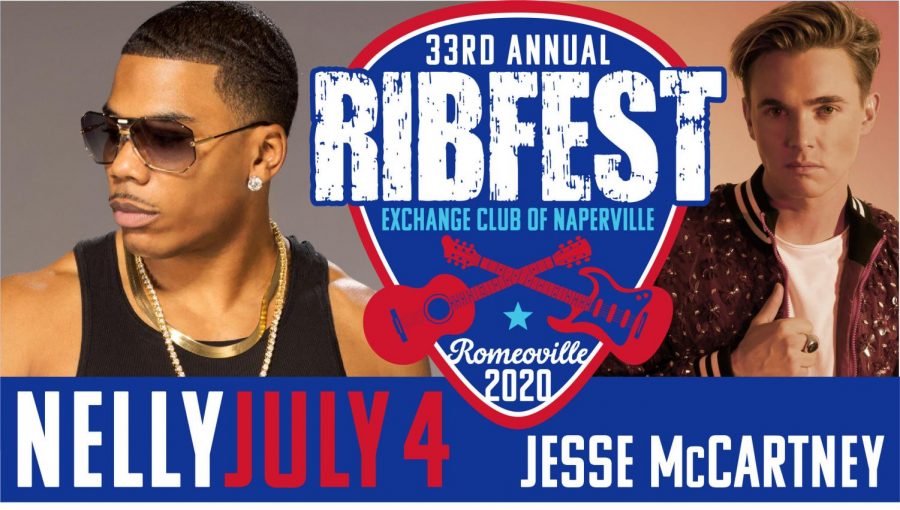 Rapper Nelly and pop singer Jesse McCartney will headline the July 4 performances at this year’s Ribfest. The Exchange Club of Naperville will debut its new Romeoville location for the fundraising event previously held next to Naperville Central High School. This year’s Ribfest will take place July 2-5.

Grammy Award-winning St. Louis native Nelly is perhaps best known for his first two albums, including his 2000 debut “Country Grammar,” which included the hit “Ride wit Me” and the title track, and its 2002 follow-up “Nellyville,” which produced the #1 Billboard smashes “Hot in Herre” and “Dilemma.” No stranger to large audiences, Nelly has performed in two Super Bowl halftime shows.

Singer-songwriter Jesse McCartney broke onto the pop scene in 2003 with his hit song “Beautiful Soul.” The frequent Disney contributor co-wrote the Grammy nominated hit “Bleeding Love” for Leona Lewis and scored another hit with “Leavin'” in 2008 and is back in the studio working on new music.

McCartney is slated to perform on the Navistar Main Stage before the annual fireworks display, and Nelly will take the stage after fireworks conclude.

The Exchange Club of Naperville has previously announced two legendary Illinois-based classic rock bands, REO Speedwagon and STYX as co-headliners on July 2. Additional acts will be announced in the coming weeks.

Tickets for Nelly and McCartney are already on sale at the Ribfest website, ribfest.net.