‘Jumanji: The Next Level’ discusses stigma against aging 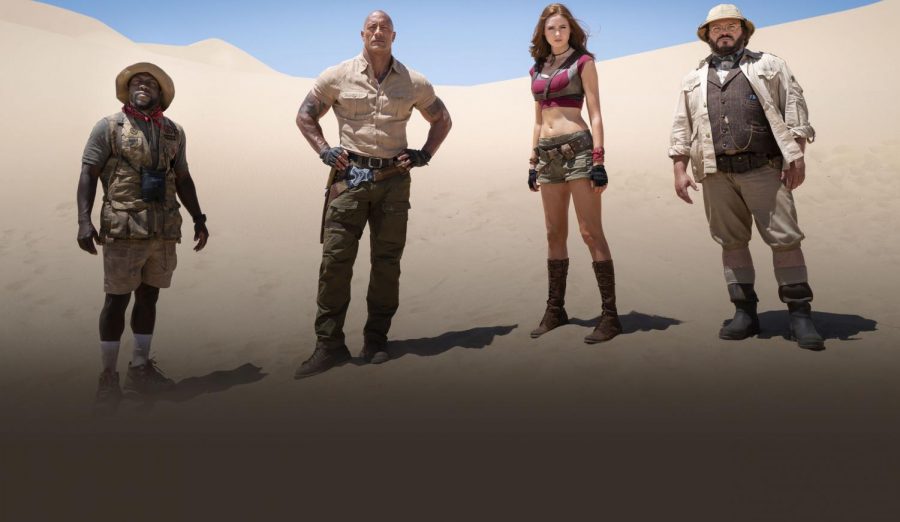 "Jumanji: The Next Level" was released on Dec. 13, 2019, and is the sequel to the remake "Jumani: Welcome to the Jungle." In the third film of the Jumanji series, the gang (Dwayne Johnson, Jack Black, Kevin Hart and Karen Gillan) come together again to face more adventures with a different game in store for them.

While there were mixed reviews after its opening weekend, “Jumanji: The Next Level,” has been recognized as a movie that pursues familiar but rarely-discussed topics.

In a world where a lonely teenager can choose to take on the appearance and abilities of a heroic avatar in a mythic world, what could possibly be stopping him from leaving his tumultuous college life behind? When you are deteriorating emotionally and physically from age and can no longer live alone, why try to enjoy life?

Though the last Jumanji movie also delved into the concept of undefined identity and other questions teenagers typically ask, the newer release offers a change of setting for the group of protagonists.

Joined by Danny Devito as Eddie, Spencer’s grandfather, and his former business partner, Danny Glover as Milo, the characters from the first video game adventure find themselves once again caught up in Jumanji.

Having moved into college and away from each other, the original four friends text each other often, but Spencer, played by Alex Wolff, is often the exception.

Becoming wrapped up in his own image and how it compares to the other three,  Spencer decides to travel back into the formatted world of Jumanji after recalling his time as Dr. Bravestone, played by Dwayne Johnson. This quickly leads to a haphazard re-introduction to the game for Spencer, and chaos for his friends, which they encounter after deciding to look for their missing friend.

Of course, Spencer is not the primary focus of this film, and he does not show up again for a while. But the conflict the others face during his absence also shows their attachment to qualities they or their game avatars possess and how it relates to their sense of identity.

While some struggle with their athletic ability, ability to provide or simply their potential as people growing into the world around them. Eddie and Milo, similar to the young friends, are facing where they find their own identities, including the conflict between them.

Though they are both older than they used to be, and their age plays into their decisions on screen, their past is shown to be the primary cause of unrest for both Eddie and Milo.

Eddie begins the film sharing Spencer’s room, repeatedly referring to his discomfort and the hatred he has towards his own aging.

Painting a picture of a tired grandfather aggressively arguing for his independence, the introduction of the older man’s grudge and internal anger add to the movie’s theme of aging.