Review: Eminem’s ‘Music To Be Murdered By’ is a dysfunctional robot circus 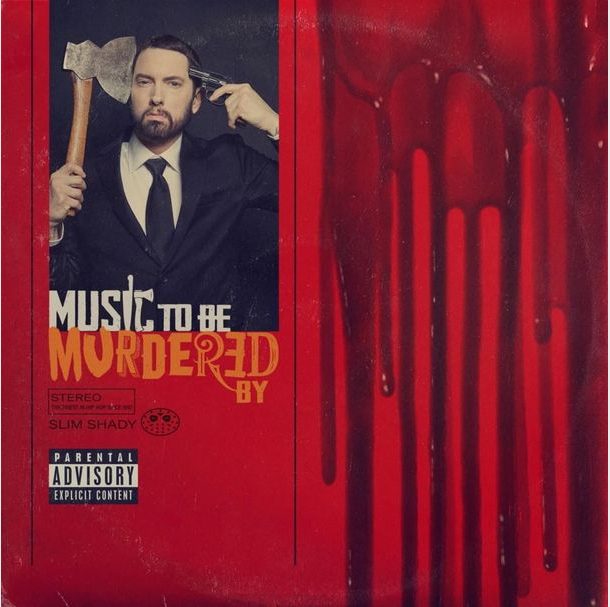 Rap legend Eminem just surprise-dropped his newest record, “Music To Be Murdered By.” After his previous two projects, 2017’s “Revival” and 2018’s “Kamikaze,” were nearly universally-hated, the decision to hide this record from the public eye until it was ready to be taken in full was probably a smart one.

But oh boy, did it not matter.

“Music To Be Murdered By” contains 20 tracks and is over an hour long. Combine this knowledge with a peek at the album title and cover and you can actually create a perfect mental image of its contents: one full hour of Eminem dropping some of the corniest (and occasionally grossest) lines of his entire career while he desperately tries to sound cool and tough. The album also has a light theme of horror with a couple of Alfred Hitchcock voice clips dotting the tracklist at various points. Lyrically, Eminem spends about half of this record talking about how good he is at sex and how much of it he has in the most awkward, uncomfortable, non-sexy way possible.

Taken in its entirety, this album concept feels like it was drawn up by a nerdy middle schooler desperately trying to regain his long-lost elementary school clout.

The opening track sets the stage for the rest of the album. He calls himself a “spitter,” complains that no one knows what they want and that “Revival” was a good album, calls people who didn’t like either of his last two albums hypocrites, and calls himself fly as a zipper. All of this is in the first five sentences of the first verse.

Could I go track by track and walk through all of the disasters? For sure. I could go into immense detail how on “Darkness,” Eminem uses the cover of advocating for gun control to say that he’ll become a mass shooter if people don’t start going to his concerts more. I could write a master’s thesis on the 47-year-old Eminem writing a track about how he hates his stepdad and wants to punch him in the groin. I could talk about “Yah Yah” in extensive, painful detail. But is it worth it? Nah.

Instead, let’s take a moment to go through the MCC (Mandatory Cringe Checklist). On this record, Eminem:

Refers to himself as a “spitter”: three times
Refers to himself as literal God: twice
Says he’s done with the beef with Machine Gun Kelly before taking a jab at him later in the record: yes
Pronounces “Thanos” like thay-nos: once
References “Revival” or Kamikaze directly: five times

Here’s the thing: no one is arguing Eminem can’t rap. The man can enunciate perfectly and spit 90 bars a second.. However, this doesn’t make his performance good on this album. Overall, it’s actually pretty terrible. He’s so comfortable rapping rhythmically that he’s robotic. His flows are as dynamic as they are forgettable. The loose, bouncy flows that defined his earliest hits have quantized over time. There’s no spark.

He has also lost his ability to write hooks. Not a single chorus or hook across the album is catchy. From the bizarre attempt at what appears to be a car impression on “Little Engine” to the unimaginably grating “yah, yah, yah, yah, yah” on… “Yah Yah,” Eminem manages to make his corny, awful verses across this record something to look forward to in comparison.

“Music To Be Murdered By” is a dysfunctional robot circus. It’s corny, strange, soulless and follows all the rules yet manages to fail in providing a satisfying experience. It’s funny, but in a sad kind of way, one laced with regret and disappointment. In fact, there are only three musical sections across the entire record that I legitimately enjoy: Black Thought’s verse on “Yah Yah,” Anderson .Paak’s feature on “Lock it Up,” and Skylar Grey’s performance on “Leaving Heaven.” Indeed, Eminem provides absolutely nothing of value, and every other feature ranges from mediocre to unbearable (Q-Tip’s hook on “Yah Yah” comes to mind).

At the end of the day, this entire record stems from the fact that Eminem is still bitter about people not liking his album from nearly three years ago. You may feel that I have fully convinced you of the terribleness of this record, but we don’t have to leave it at that. To truly understand, look at the lyrics, if you dare. Do be warned that the lyrical content is explicit.