Editorial: Students encouraged to voice political opinions while respecting those of others 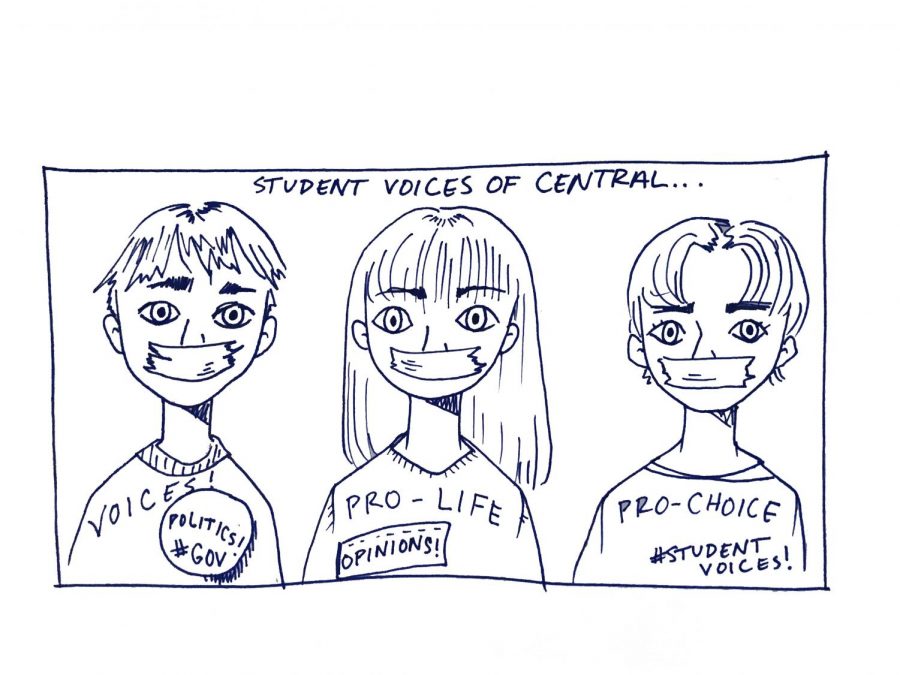 Last month, members of Naperville Central’s pro-life club hung paper chains across the activities hallway, each one representing 25 abortions in one day. The chains were torn down by students shortly after.

While it is true that students may have tore down the chains for fun, the chains experienced greater damage than homecoming and winter decorations typically do, drawing attention to a larger issue.

Political expression in school has long been a controversial topic. Many believe that the full expression of political beliefs will lead to conflict between students and ultimately disrupt the learning environment. However, politics plays an integral role in students’ lives. Sheltering them from important issues may not be productive as students would still face them outside of school.

Naperville Central has allowed students to share their political perspectives in a limited manner. For example, the administration only allowed the pro-life club to hang the chains in the activities hallway to avoid interference with classes.

Inside and outside of school, the Central Times believes that it is critical for students to practice tolerance. Whether or not they agree with the views of organizations such as the pro-life club, ripping down the chains is an unacceptable response, inside or outside of school.

It is as important for the administration and activities to emphasize discourse between activities with opposing political perspectives. Without justifying the actions of those that tore down the chains, students with pro-choice views – or even those that have had an abortion themselves – may have felt offended by the chains in the hallway.

Political statements are a byproduct of political awareness, which should be encouraged and is crucial to being an active citizen. However, an open channel for communication – especially about controversial subjects such as abortion – can reduce the polarization that led to the tearing of chains in the first place.

There is no doubt that school should be an environment where students feel safe. But at the end of the day, Naperville Central should accurately reflect the world that it’s preparing students for. That means focusing on what our world lacks as well: not only political awareness, but also tolerance and respect.