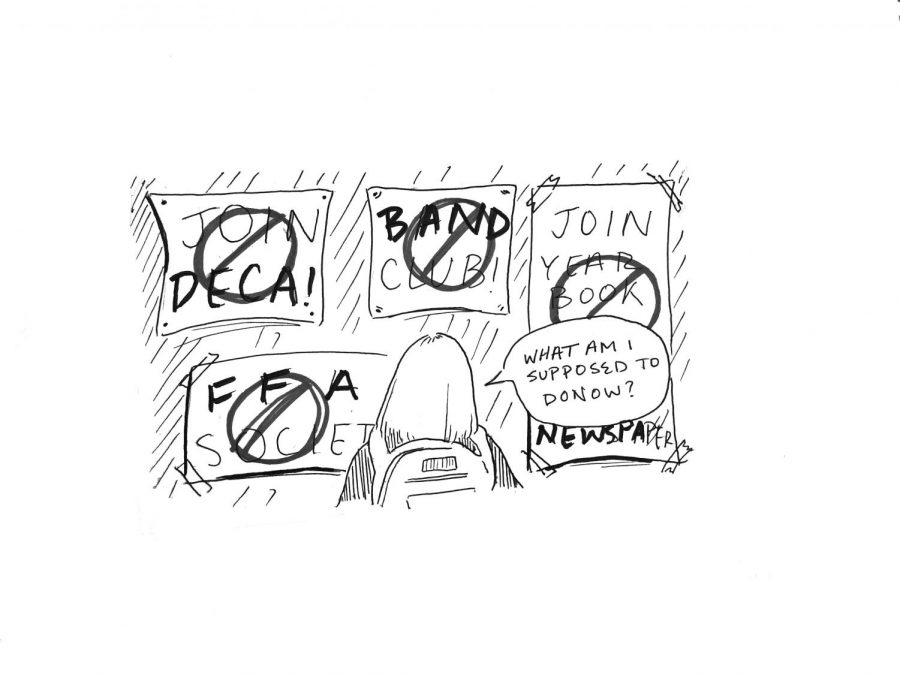 Art by You Young Chun

Students entering a school like Naperville Central often look forward to joining extracurriculars, as NCHS is known for offering a variety of activities that will cater to the diversity of passions students wish to pursue. Yet the reputation of Naperville Central – and the great opportunities it provides – may be threatened by issues within the stipend system.

In District 203, sponsors of activities are paid a certain amount, primarily dependent upon two factors: the group their activity falls in and the amount of years the club sponsor has spent overseeing the activity. In total, an activity with a sponsor eligible for a stipend may be placed in one of ten groups. When holding the amount of years – the second factor – equal, a sponsor whose activity is in a lower group will be paid more than a sponsor whose activity is in a higher group.

At the end of the day, sponsors receive a percentage of the Naperville 203 base salary, which is annually indexed for inflation. Percentages are determined by a chart printed in the Naperville Unit Education Association contract.

While this may initially seem like a flawless system, sponsors may feel it offers too little flexibility to change their stipend. For example, if a teacher reaches fourteen years of experience, the percentage of base pay they receive will not change unless their activity changes groups as the highest percentage of stipend pay within a given group is capped at 14+ years.

A sponsor that believes their stipend does not accurately reflect their workload may fill out a stipend request form, which asks for information including contact hours with students and number of students in the activity. The district’s stipend committee, which meets annually, will then review all request forms and accept or deny said requests. While some requests are approved, others are denied, potentially leaving teachers without enough pay for the work they do.

The stipend committee’s discretionary budget, which may be used for new stipends or increasing the amount of money in a stipend, is capped at half of the year’s base pay. Though many sponsors may be qualified in their request for a higher stipend, the committee may additionally be forced to choose between clubs if their discretionary budget cannot satisfy these requests.

The consequences of insufficient stipends for sponsors can be detrimental for students.

In April of 2019, the sponsor of NCHS’s largest active club, DECA, resigned. DECA has over 160 members and is an activity that allows students to expand their business leadership skills. Participation within the club has even influenced students’ career decisions.

With an activity of such capacity and an executive board that consists of 14 members, many NCHS students rely on DECA to explore potential subjects they hope to explore, particularly in the business field, hone their communication skills, make friends, and build their college applications.

Currently, DECA is placed in group eight on the activities pay chart. DECA’s sponsor, Christine Bell, has over 14 years of experience. Without the ability to increase her stipend by overseeing the club for more years, Bell is in a standstill. She believes that, considering her workload, she should be receive a higher stipend and has expressed this belief by filling out a stipend request form.

In the past 18 years she has run, Bell has only been moved up from group ten – which every activity starts out in – to group eight. Frustrated and hoping to send a message to the district, Bell has chosen to resign, leaving an activity of over 160 students without a sponsor.

The responsibility of this issue falls on District 203. Naperville Central and Naperville North have an excellent reputation for the diversity of extracurricular activities they offer, but in order to main it, the schools and district must ensure that club sponsors are properly compensated.

Sponsoring an activity is never just about the money. Staff in both Central and North choose to spend their time overseeing activities so that students have the opportunity to explore areas of interest. However, it is simply unreasonable to expect any sponsor to dedicate hours upon hours of their time and not be fairly compensated for it.

In order to address this issue, a larger discretionary budget for issuing new stipends or increasing stipend pay must be negotiated. If the stipend committee does not have enough money, they will be forced to choose between qualified activities, or will not be able to offer stipends that fully reflect the workload of each sponsor.

Additionally, it is critical for the stipend committee to consider a wider array of factors when determining whether or not to move an activity up a group. While the request form allows sponsors to explain reasons they should be issued a higher stipend, it does not specifically ask for factors such as hours spent on the activity without students, which is equally important to an activity’s success. For example, students are not able to compete if a sponsor does not fill out paperwork, a time consuming task.

The issue of stipend pay is one that ultimately impacts the entirety of the district. Without sufficient stipends, sponsors may be less engaged in or even choose to resign from overseeing an activity.

Extracurriculars are one of the defining features of a student’s high school experience, allowing them to explore subjects they are passionate about and meet peers with a variety of interests. If the district hopes to continue offering such opportunities, it must act quickly to address the issue of stipend pay.