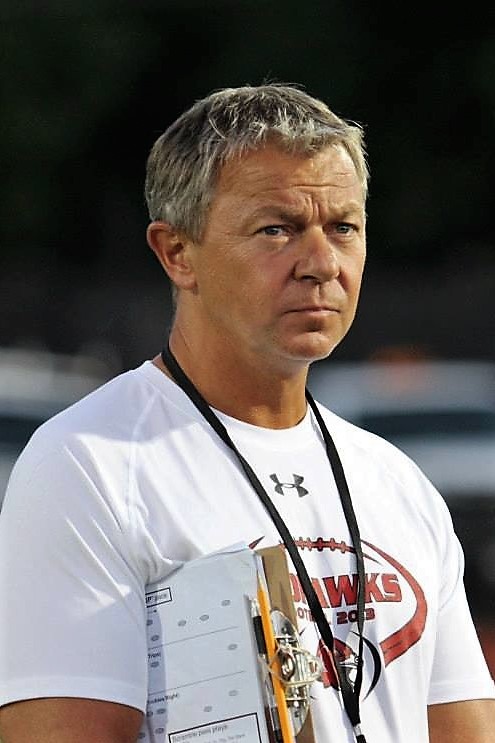 “It was extremely humbling and very special [to be selected], especially since I would be able to climb the same mountain as my dad, who was also inducted into the Hall of Fame,” Stine said.

Stine has been a coach at Central for 35 years, coaching the sophomore team for 22 years and the varsity team for 13 years and accumulating a career record of 192-68.

Athletic Director Andrew Lutzenkirken, who wrote a letter of recommendation for Stine, knows that this recognition was very well deserved.

“He has impacted not just Naperville Central, but also Illinois football,” Lutzenkirken said. “He has a great connection with coaches and current and former players.”

“Stine makes it more than football,” Jopes said. “He makes it about the relationships that you build and how you go about your life, both now and in the future.”

Stine, along with 16 other current and retired head and assistant coaches, will officially be inducted into the Hall of Fame on Saturday, March 30 in Champaign, Ill.

“It’s a very weird feeling [to be selected] because you don’t start a career or journey by saying ‘That’s my goal, I wanna do that’,” Stine said. “However, it’s because of a lot of great people that I’m fortunate to work around and a lot of great players that I’m receiving this honor.”