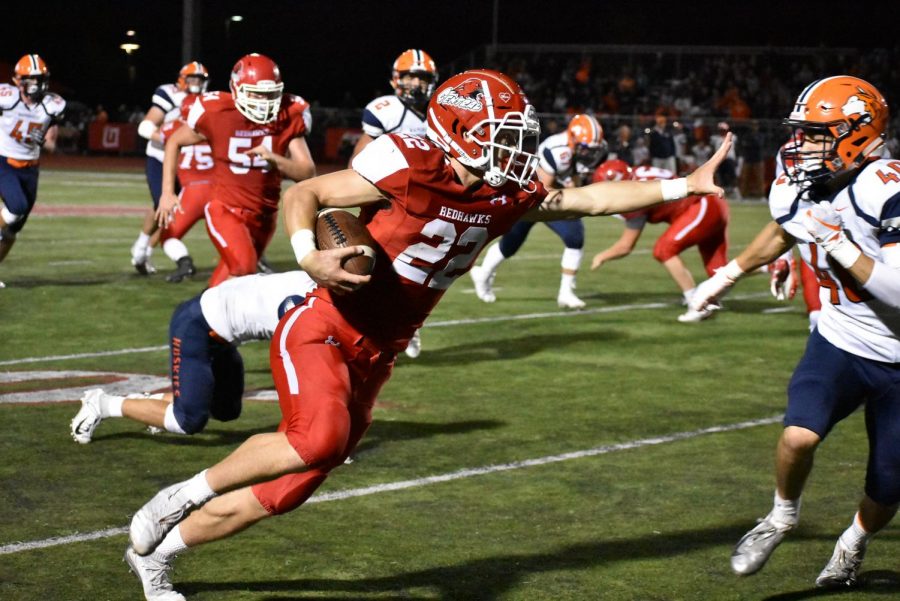 With senior captains including varsity returners Jack Jopes, Payton Thorne, Rob Gortner and Luke Hallstrom, the team was able to bounce back off of the initial two losses.

Head football coach Mike Stine believes in taking each week one at a time instead of predicting wins or losses for the entire season.

The first game against Hinsdale Central was a tight loss with a last minute fumble stopping the score at 34-35. This was followed by Central losing to Lincoln Way East, last season’s state champion, with a final score of 38-19. Coming from behind, Central has since been able to put away every team in DVC.

Jopes, a returning varsity safety for Central, has been part of the defense this season and shares Stine’s philosophy of taking each week as it comes.

“[The team is] just taking it one week at a time,” Jopes said. “We’re not really nervous much. If you’re not doing a good job, not trusting the people around you, the season will end a lot sooner than you want it to.”