How to Improve Racial Relations at Central 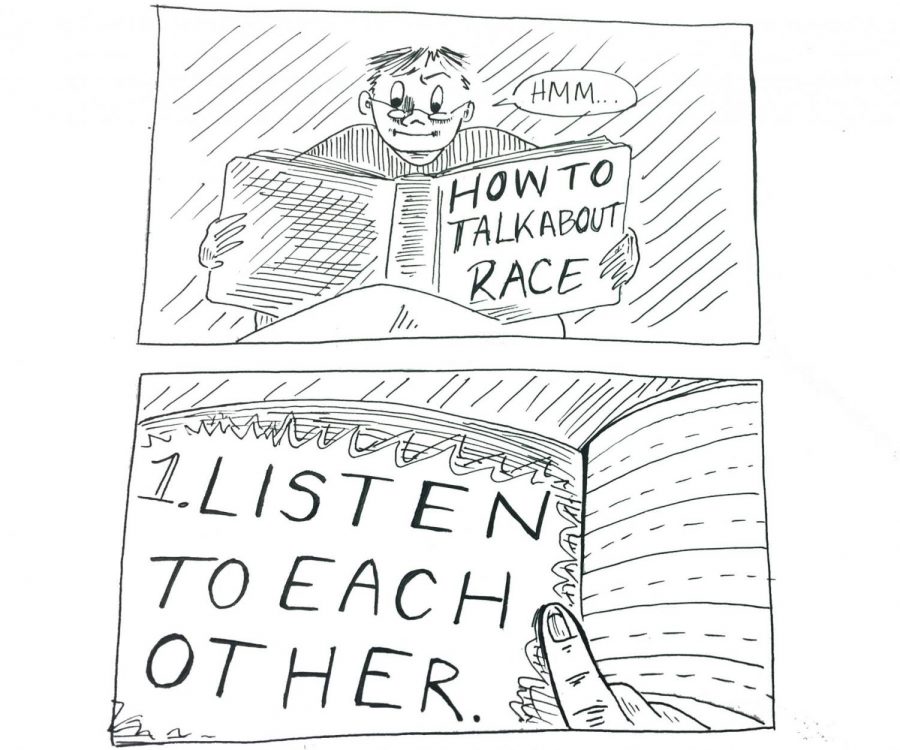 Although a majority of the school demographic is white, around 32 percent of Central’s student body consists of people of color, making racial relations an ever present topic in the lives of our students.

While Central Times believes Central generally isn’t a racist place, we clearly see that racism and prejudice against people of all backgrounds is still a prevalent issue that students here face.

Students of the editorial board have faced different issues whether it be with being a minority with white parents or being the child of immigrants. We have felt the need to live up to society’s expectations of our race, even when we are nothing like the stereotypes tied to our identities.

Although these stereotypes are not fair, CT has observed the effects of the pressure placed on certain ethnic groups to perform well in school. Looking at different scores such as SAT or PARCC testing, the average for some groups is higher than others and seem to reflect different stereotypes placed on these groups regarding academic performance.

These ideas that one race should act a certain way limit minorities when they don’t live up to those expectations. They are either criticized because they act the way they are expected or don’t fit the box of how their race or ethnicity “usually” acts.

That being said, CT believes this needs to change. For the most part, our experiences have been positive but what we have seen in the hallways such as being called an “ABC (American born Chinese)” or receiving remarks such as “Oh wow, I thought Asians were supposed to be quiet,” is unacceptable and must change. Central’s student body should improve in its treatment of minorities.

The one piece of advice we have for improvement: just listen.

The conversation about race isn’t transparent enough at Central. If people would stop getting personally offended by the topic of race and just listen to the other side, a lot of problems could be solved.

Students feel attacked when someone makes a generalizing remark about their race. As we discovered through the features story, students feel they can’t talk to each other about sensitive topics such as race without being attacked or met with generalizations. However, responding with more generalizations, usually rooted in racial stereotypes, makes matters worse.

Taking the time to sit and listen instead of getting defensive is the best way to understand the issues different minorities face. Mutual understanding through open dialogue is vital to understanding everyone’s perspective.

Another way to improve is to step up when someone is being treated poorly for their race or ethnicity.

You personally may claim not to be racist, but if you witness racist events, it’s important to step up for those who can’t. Not shutting someone down when they make racist remarks can be just as harmful as the racist remarks themselves.

The bottom line is: If you see someone being harrassed for their race, step up. Use the resources provided at our school, such as Tip203, and encourage others to be respectful.