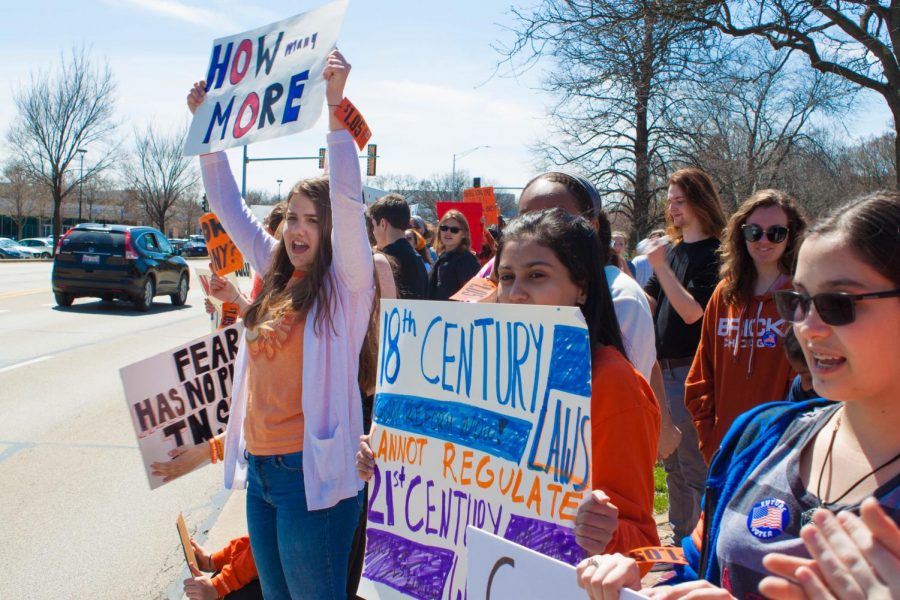 With the Parkland, Fla. shooting two months ago and a walkout on March 14 already done, I figured students’ enthusiasm had died down regarding the need for gun control. In the hallways, students didn’t seem to be excited about April 20 in the same way they were for March 14, leading me to have doubts about whether or not students would show for the second time and express their desire for stricter gun control.

However, there were clearly more students who showed up and supported their cause at the Millennium Carillon. Not only that, but students were passionate and chanted when they were lined up along Aurora Avenue.

So, would I consider the walkout a success?

There was a feeling of empowerment in the air. There was a lot going on all at once. But amidst it all, there was a chronological structure for planned activities at the event. So, yes. I’d say the walkout was a success. Or at least much more of a success than I expected it to be.

But my past view is not unjustified. Where was the communication before the walkout occurred about what would be going on there?

Yes, there was one document that shared general activities planned that was sent out a few days before the walkout. But there was no solid schedule ever released, which is why I had my doubts about what would happen and whether these student organizers were really serious about the cause.

For next time, when a protest or event like this happens again, there needs to be better communication. Without clear, specific communication, there will remain people who doubt the strength of the movement.

Today I was proven wrong about my doubts, and I’m glad that’s how it turned out. The amount of organization was clearly evident during the event today. I just wish it had been that way earlier than the day of the event. I would’ve gone into the event much more hopeful for what was to come.