All AP exams will take place on Central’s campus 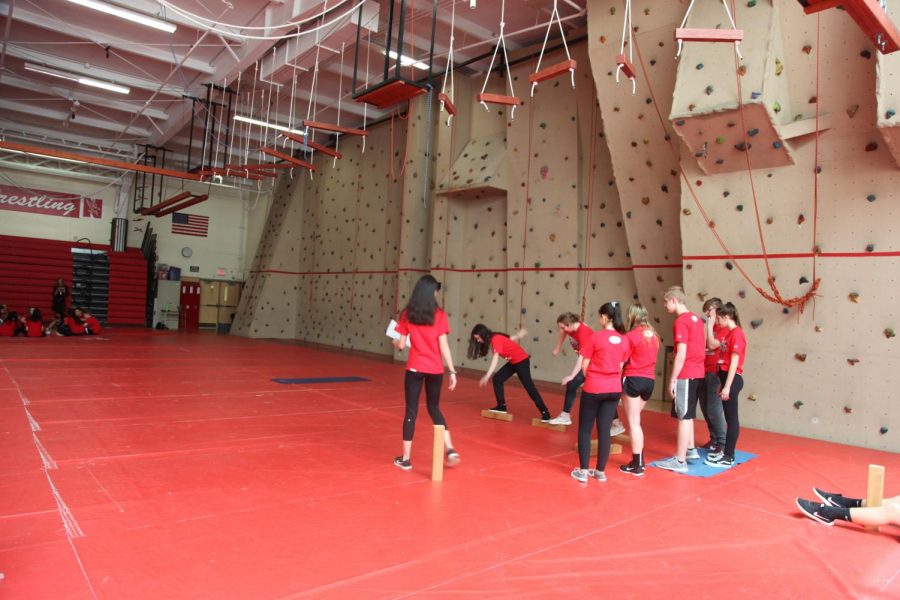 Naperville Central is hosting all AP exams on campus this year due to a lack of outside options following the close of DePaul University’s Naperville campus, the previous location where the exams were held. For testing coordinator Tracy Rootham, the location change is a more convenient option than DePaul.

“Some of the kids had the challenges of testing off-site and then having to come back here and issues with transportation and it just adds so much stress,” Rootham said. “So we’re really hoping by having it here […] that everyone has a good experience with testing.”

The locations that will be used at Central are the dance room, the rock-climbing gym and the auxiliary gym.  Consequently, PE class schedules must be rearranged to accommodate the testing students.

“I like to imagine with PE we try to be as flexible and as supportive of all the subjects and all our students to make things available,” PE director Neil Duncan said. “If this works best for kids and we’re able to support all our students then yeah, that’s something we are willing and capable of doing.”

However, the change in locations has disrupted some classes that cannot be taught elsewhere.

“I would like to say that our facilities don’t and shouldn’t always drive what were teaching and how were teaching it but in all honesty there is some reality to [that],” Duncan said. “If I’m not at the rock climbing wall I can’t teach students how to climb.”

Rootham recognizes the position that the PE department is in, and appreciates their flexibility in accommodating AP testers.

“We tried to take everybody into account  and we found that this would seem to have the least amount of impact,” Rootham said. “We are well aware of the impact we are having on PE classes and we appreciate their flexibility. But we are just hoping for two beautiful weeks of weather of just sunshine and dry conditions so that everybody can be outside.”

Junior Christopher Xu took the AP World History exam at DePaul when he was a freshman and the AP U.S. Government exam at Central when he was a sophomore. He recognized a distinct difference between the two testing locations.

“I think that the familiarity of a Central setting is a lot more comforting than like some random other campus,” Xu said.
“Especially freshman year since when I took my first AP test it was really weird because I was taking a three to four hour long exam on a random campus. So it was just intimidating, especially as a freshman.”

Xu understands why AP exams taking place at Central would be an issue for the PE department, but there remain other
options for PE classes to turn to even with restricted access to some facilities.

“I can see how that would be an issue so I understand [Duncan’s] concerns,” Xu said. “But especially at Central [we] have so many options like the cardio room, tennis courts [and] a soccer field. Unless it’s raining for the two weeks that people are AP testing I don’t think it should be too hard for teachers to come up with alternatives.”

There is a possibility that Central will remain the AP testing location in the future.

“We’ll see,” Rootham said. “We’re going to see if it provides the AP students with the optimal testing conditions and if not then we’ll certainly need to look at different locations.”