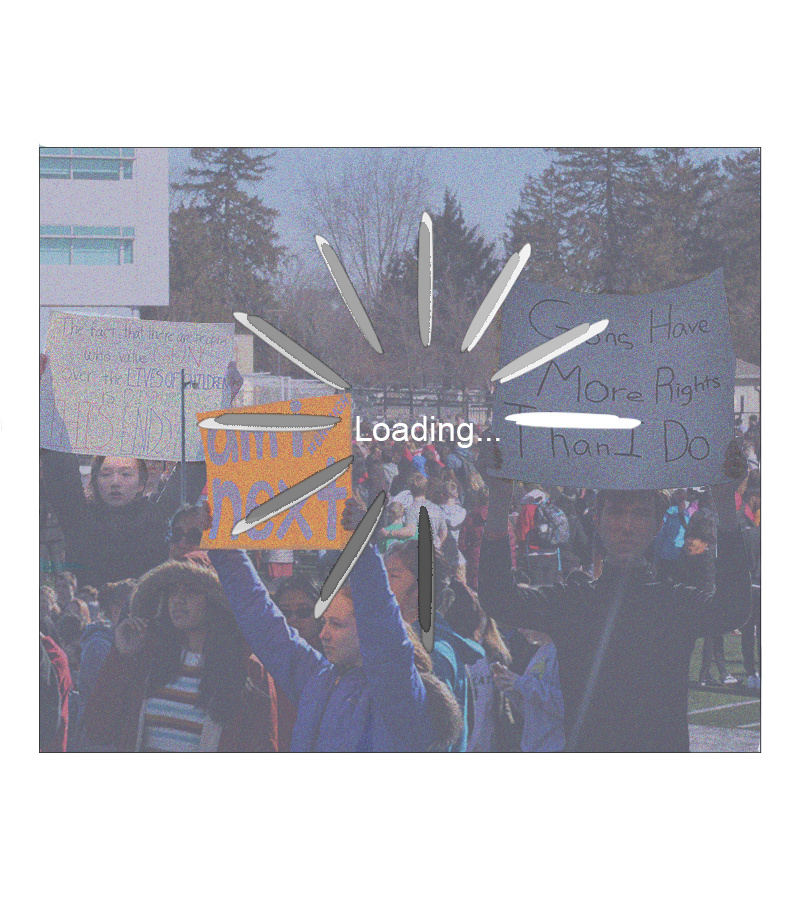 On March 14, Naperville Central students walked out of school at 10 a.m. and spent 17 minutes on the football field, not only to honor the 17 victims of the Marjory Stoneman Douglas High School shooting, in Parkland, Fla., but also to protest for stricter gun control laws.

Originally, a group of student leaders from Central planned for a walkout to occur on April 20, marking the 19th anniversary of the Columbine High School Massacre. However, as the March 14 date was a national event, students worked with school officials to participate.

Senior Ben Russell, one of the student leaders working with school administration, still hopes to have a walkout on April 20, but this time, after leaving the school building at 10 a.m., they are not planning to return.

“The original walkout was an attempt to honor those 17 who died at the hands of gun violence in Parkland,” Russell said. “This walkout is exclusively political. We want it to be a true protest to truly send a message.”

This change also consequently comes with new procedures regarding what students must do to walk out. The previous procedure allowed students to voluntarily walkout during their extended late arrival period, which meant they would
miss no school instruction time.

Since this walkout results in school instruction being missed, principal William Wiesbrook explains why he favored the March 14 walkout.

“Walking out and not returning absolutely contradicts the purpose of this school,” Wiesbrook said. “I feel differently about the two walkouts, and I don’t plan on embracing [the April 20 event] like I did March 14.”

Since this walkout involves missing instruction, parent approval will be needed.

“I’m going to likely want to say to parents ‘If you’re OK with your kid walking out of the school, we expect you to tell us,’” Wiesbrook said. “We don’t just say leave whenever you want and not tell us, we’re connected and making sure kids are safe and secure.”

While some details are not concrete, the process for the April 20 event requires not only parent approval, but district approval as well.

“We’re one of 22 schools in this district,” Wiesbrook said. “Our superintendent wouldn’t want a school saying one thing is OK and another is not. We’re a unit district. We want our superintendent involved in what takes place.”

Russell mentioned that there was a lack of communication between student organizers and Central administration following the March 14 walkout.

“We kind of got a little backtracked with adding on the March 14 walkout,” Russell said. “It’s just been kind of us on our own and at this point there’s still a lot of things to run by them.”

In addition, there are new concerns that momentum for the movement has decreased in the days since tensions were at their highest in the days and weeks following the shooting. Junior Cindy Lo shares this concern.

Junior Riley Olsen agrees with Lo, but she still plans to participate in the walkout.

“We clearly have a problem with gun violence in our country,” Olsen said. “And I think that young people taking a stand, showing that something needs to change and that we recognize that is really important in eventually creating change and showing that we are powerful.”

Although there are still students who will be walking out as long as plans are solidified, many others are hesitant to participate. Senior Srishti Kama participated in the March 14 walkout but is undecided about the April event.

“I participated in the first [walk out] because it was about the victims and providing support,” Kama said. “It was about respecting them and that’s why I did that one.”

However, Kama acknowledges that she has to decide if she’s willing to miss class for the upcoming protest.

“Truthfully, I’m not sure yet,” Kama said. “I really believe in gun control and I think it is a big problem . But also, my big concern, it’s kind of trivial, but you’re missing a whole day of school. Missing a day of school is stressful on anybody and so that’s why I’m concerned about participating.”

And over time, Kama has seen a decrease in those who are still actively fighting for gun control as a result of the Parkland shooting— especially in Naperville.

“Nationally I don’t think anything has slowed,” Kama said. “But I think here people have started to care less. The Parkland students are definitely still working hard behind the scenes, still ready to fight, but other places around the country have moved on. They’ve forgotten about it.”