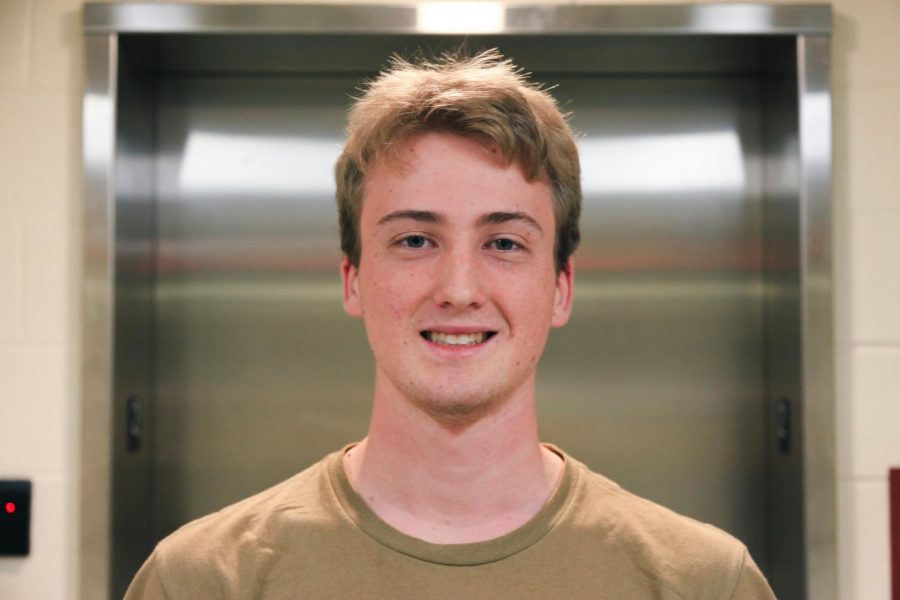 The curtains went up, the lights went on, the actors strutted on to the stage and the audience stilled. To many people, this may seem like some sort of magic that’s brought about by the press of a button. In reality, there’s a lot of work that’s put into making a production run smoothly. And the masterminds are Naperville Central’s Tech Crew.

Tech Crew is the group at Central responsible for all of the technical elements that go into making a play, concert or musical operate. The aspects of production that they’re in charge of include lighting, microphones and curtains.

“Basically, whenever someone uses the auditorium, we will be there, generally doing the lights or the sound for whatever event it is,” junior William Kelsey said. “We also do backstage stuff. If there is a theater production we do the curtains and the flies, which are like the curtain.”

Kelsey has been on Tech Crew for all of his time at Central and loves it.

“One of the main reasons I still do it is because of the people in Tech Crew,” Kelsey said. “They’re really nice. It’s kind
of like my friend zone. Once I started I just couldn’t stop.”

They meet the first Tuesday of every  month at 7:10 a.m. in the black box theater.

“We also have other events throughout the year like the multicultural show, theater main stages, stuff like that,” Kelsey said.

They work with the directors to make sure they know what they’re doing for shows.

“There’s the tech director, Mr. Nick France,” Kelsey said. “And [he’s] basically are our connection with the staff and tells us what we have to do. We don’t really practice [at our meetings]. The only practice we get doing tech stuff is during rehearsal for shows or after shows.”

France sponsors Tech Crew and works hands on with all the members.

“The Theatre Tech Crew is the glue that holds a show together,” France said. “Without these students putting their hearts into the show, the stage would be empty except those performing. The hard work and dedication they put into their shows is deserving of as much applause as the actors on stage.”

Four years ago they started out with only six kids and now have about 25.

“Everyone in tech gets super close with each other and that’s great because when you feel like a family it makes sitting in the dark waiting to change the set a lot more fun,” said senior and Tech Crew president Kaylyn Walsh.

Tech Crew works many events, but Kelsey loved managing, “Our Town” the best.

“My favorite play, I liked ‘Our Town’ even before I stage managed it, so it worked out well,” Kelsey said.

He’s had to use this advice on several occasions.

“When I stage managed for ‘Our Town’ there was a lot of stuff that happened during the Thursday night show
that we weren’t really expecting,” Kelsey said. “For example, one of the light cues was off. It was shining on center stage instead of the main stage so we had to quickly go back, skip the cue and then continue with the show.”

Tech Crew is constantly evolving and members have many different chances to do different things.

“I love tech because there are dozens of different jobs and tons of different opportunities to get involved, so you don’t have to do the same thing all the time, but you definitely could if you wanted to,” Walsh said.

“The reason I joined Tech Crew is because one of my friends from boy scouts, Brandon John, was in it and I’m just like, oh, might as well join the club that Brandon is in and just stayed, I guess,” Kelsey said.

Another reason Kelsey loves Tech Crew is because of how straightforward it is.

“It’s not really very hard,” Kelsey said. “Generally, it’s just like do what you are told and everything should work out okay. Sometimes if we’re like programming cues on the light board it can get a bit tricky, but other than that it’s pretty simple.”

Kelsey didn’t start out with much theater experience, but it has grown into something he loves.

“As a kid my family always brought me to theater things to kind of educate me,” Kelsey said. “In middle school I did
some theater. I acted in a Shakespeare company at our school. But other than that I don’t have too much of a theater background.”

Kelsey also has many goals for his future in Tech Crew.

“I’m currently a member of board,” Kelsey said. “I would like to continue being a member, maybe vice president or president next year.”