Students were right: Confederate flag had to go 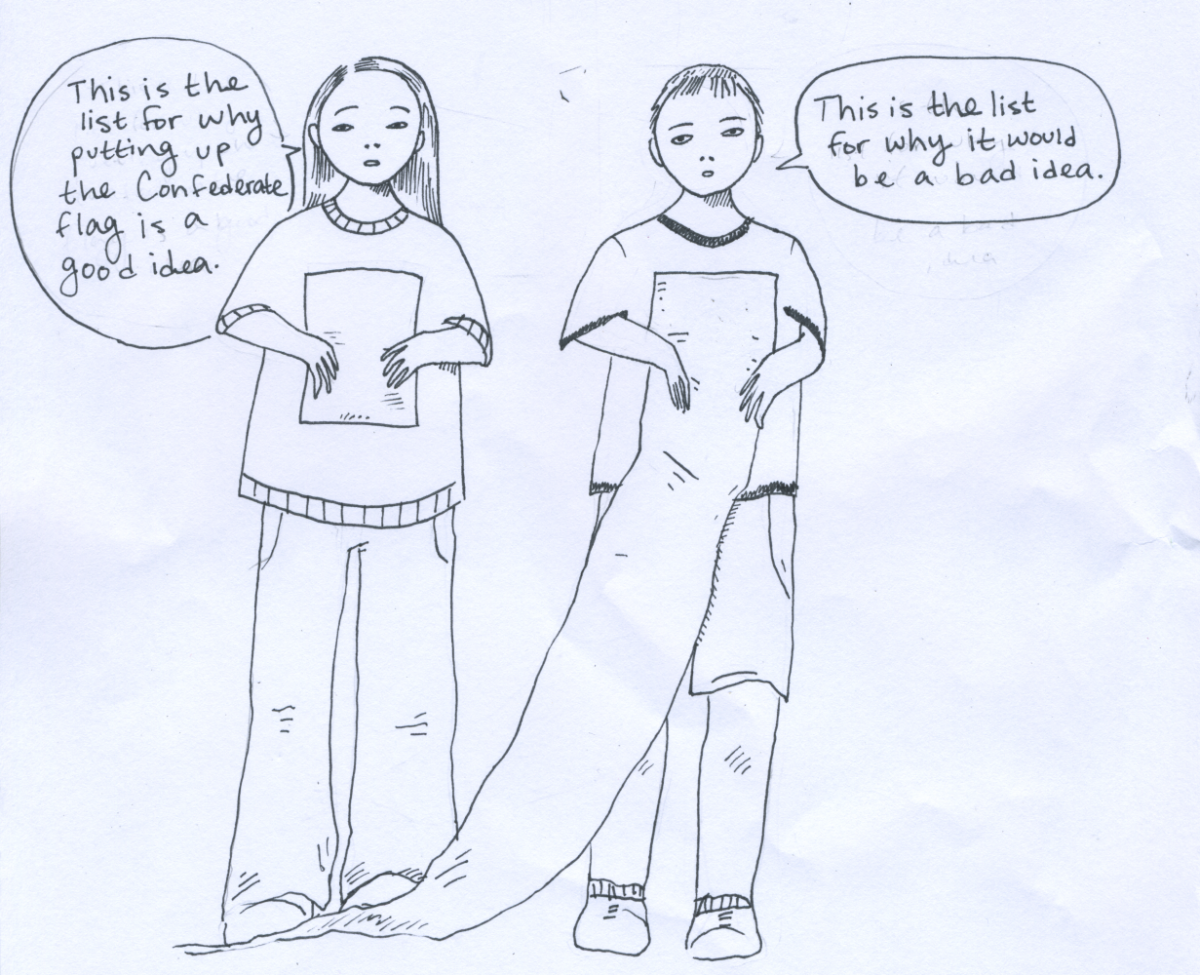 For the first time, students in Jane Thompson’s U.S. History classes vetoed the option to hang a Confederate flag in her classroom. The Central Times believes that this decision was influenced by the recent political climate, and understandably so.

Lately, there has been much debate surrounding Confederate statues and whether or not they should be preserved. As an editorial board, we recognize that this deeply-rooted debate has penetrated the classrooms of Naperville Central.

Hanging up the flag in Thompson’s classroom won’t enhance student learning. However, we do believe that the debate that students participate in to make the decision is beneficial, as it forces the class to decide what the flag represents to them.

Despite the benefits of the academic discussion, the flag hanging in the class will cause more conflict than necessary. As mentioned before, the issues surrounding Confederate statues, spurned by the Charlottesville riots, have made tensions rise throughout the nation.

Editorial board members who were in Thompson’s class the year before did not remember the debate getting as heated as it reputedly did this year, leading us to believe that the nationwide conflict is what led to the choice of the flag not being hung up in class.

Some staff members also expressed discomfort at the idea of a Confederate flag hanging in the class. We, as an editorial board, believe that

We, as an editorial board, believe that although academic debate is important, the disagreements surrounding the role
the Confederacy played in history prove to be too much of a concern for the flag to be hung up in class. Ultimately, it’s more important that all students feel comfortable at Naperville Central, and the Confederate flag could compromise that.

We support the decision made by Thompson’s students and encourage all students to carefully consider this issue.