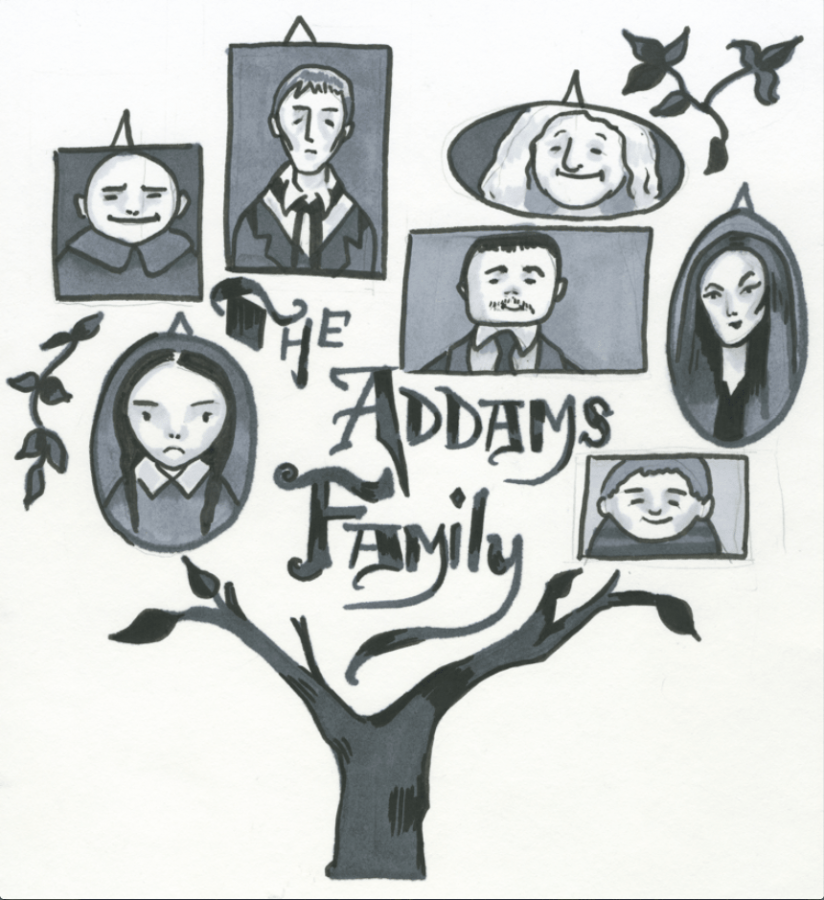 The spring musical, “The Addams Family,” will premier on Friday, April 21, and continues throughout the weekend. Cast members have been working for four months on the production to showcase their work.

“[Based on the TV show,] people have a preconceived notion of who Gomez Addams is or Morticia Addams is so you have to give them what they expect, but then there is the challenge of bringing something fresh to it,” Michael Doman, the Communication Arts instruction coordinator and the show’s drama director said.

Production of the spring musical began in the first week of January starting with tryouts. The tryouts for the production consisted of the students participating in two audition workshops where they were introduced to the characters in the play. Then the students selected songs to perform in the style of an Addams family character while showing their range.

On the day of the actual audition, students came prepared to sing their assigned song, read from the script and perform a dancing number.

After the cast was selected, practice began. Practice takes place almost every day, with different scenes being practiced each day. Outside of school, cast members spend several hours preparing for their roles. On top of this, most of the cast is involved with theater, dance or choir.

Leading up to the day of the musical, practices start to become more of a challenge.

“The week leading up to the show is tech week, which is super crazy,” said Lars Johnson, a senior who plays Gomez Addams, said. “This is the week where we start to run the musical fully on the stage with the set and in costume.”

After tech week, the show premiers. Sophomore Ethan Smith, who also plays Gomez Addams, describes what it is like the day of the show.

“I would definitely say the nervous energy that everyone is giving off feeds into the show,” Smith said. “You never want a cast that’s too comfortable with itself, so the day of is very jittery and exciting.”