Paid maternity leave: needed in the US 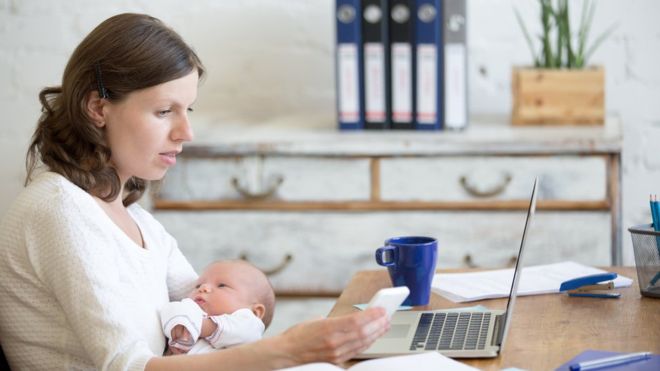 This is obviously not a good sign. Maternity leave is something a woman needs. It is a crucial break for women who are in the late stages of pregnancy and early into the birth of their children. Currently, many women do get maternity leave but without getting paid.

Taking care of babies, especially during the first few weeks after they are born is hard. According to Business Insider, the US Department of Agriculture finds that new parents spend, on average, about $70 a month for baby clothes and diapers and more than $120 a month on baby food and formula. With this in mind, one should realize that parents have to spend a huge amount of money to take care of their child, which means that being paid during the leave is crucial. Without it, many families are left with two very hard choices, going back to work early without fully recovering or facing the economic burden of being on leave and not being paid.

One example of a mother whose family was feeling the burden of unpaid maternity leave was Krystal Weston, who discussed her family’s hardship with Business Insider. She said that her paycheck as an assistant manager at a clothing store earned her $575 a week, and the family’s rent was $525 a month. The family had to rely heavily on the paycheck to get all the basic necessities. However, since her work did not pay during her maternity leave, Weston’s family was in an economic nightmare after her baby was born. Weston had to rely on food stamp grants and qualifications in special programs, such as The Special Supplemental Nutritional Program for Women, Infants, and Children (WIC), to get basic needs and money.

Although this is just one instance, it is a recurring problem in the U.S. According to a report made by the Department of Labor on family and medical leave in 2012, it was reported that about 15% of families, especially mothers, who have partial or no paid leave, had to rely on public assistance such as food stamp grants. This is an ongoing problem that needs to be fixed.

An extended paid leave can leave mothers stress-free, less depressed in the short-term and long-run. Plus, the mothers get physical rest, as they have a longer time to recover without worrying about work and the economic hardships that they might have to face. Even infants get in the huge list of benefits. Infants from families that have paid maternal leave have a reduced mortality rate since the pay allows for more baby care visits and more immunizations. Plus, those cute babies get more attention from both the mother and father.

With all these benefits for families, babies, and mothers, why exactly hasn’t the U.S government ratify a bill to mandate paid family, especially maternity, leave? Well, it’s complicated. The Democrats have been trying to advocate for a full paid leave, but Republicans argue that mandating such a bill would hurt companies and the economy, which is true…to a point.

According to NBC, accommodating maternity leave costs a lot of money. Some of the expenses during a paid maternity leave include replacing and training a worker temporarily and paying for the leave.

President Trump, although a Republican, promised for a paid maternity leave bill. This bill would allow biological mothers a six-week paid leave. However, this bill is not final yet.

Mother’s Day, although is still a month away, is a day to remember all the great things mothers have done for us. So, let us give our mothers a gift that would benefit them the most, and that is having a paid maternity leave. It is essential for them.