In Germany, minors are allowed to consume alcohol at 16 and can receive their license at 18. If the U.S. was to follow in Germany’s path, CT asks: Should the driving age be raised and the drinking age be lowered? 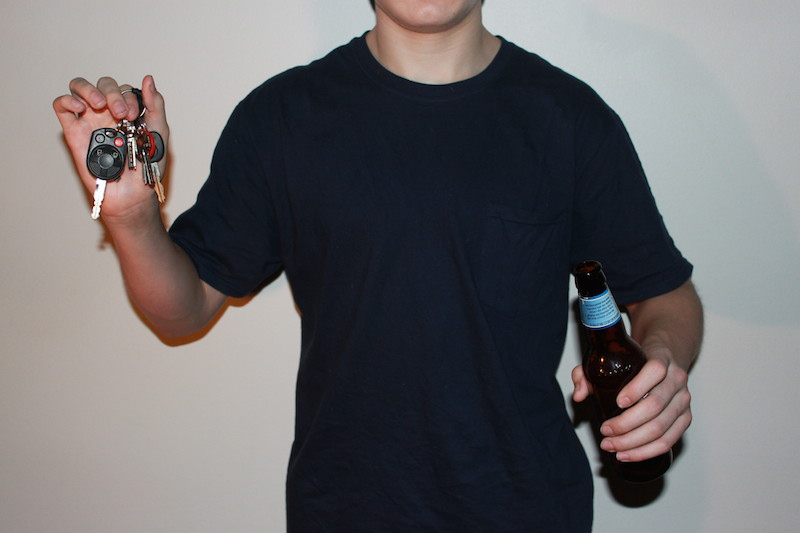 There are several significant days in everyone’s life, like when one turns 13 and enters the smelly and sparkly world of teenagers, or when one turns 16 and is granted the responsibility of keeping themselves and everyone around them safe on the road. A person encounters a few more milestones during their youth when they  become a legalized adult at 18 and at 21 when  they are permitted to consume alcohol.

I don’t believe the driving age should be changed from what it is now, as many high schoolers depend on themselves to be transported to and from school.

While this is not the case for all students, many students are involved in before and after school activities that they would not be able to attend if they relied on the District 203 bus system. Also, one cannot assume that every student has a parent who will be able to transport them home or to various activities.

There is also a significant amount of students at Central who work after school, and their hours could range from 4 p.m. anywhere until 8 p.m. or 9 p.m. or later. If students are legally permitted to be employed at the age of 16, it rightly follows that they are permitted to independently transport themselves to their jobs.

Independence is raised to a higher degree of behavior in college where underage students believe they have the right to relieve stress or let loose by consuming alcohol.

According to the Alcohol Rehab Guide, excessive alcohol consumption can take a toll on a student’s academics. Drinking may even become a priority over attending classes, completing homework and studying for exams. An estimated one in every four college students admit to having poor grades or other academic problems because of their drinking behavior. Even though the regulation of alcohol on college campuses has become a widespread concern, I am not in favor of lowering the alcohol consumption age. Instead, I believe universities need to monitor alcohol sale and consumption more strictly and implement severe consequences for those who break the law.

Although students across the United States are aware of the legal age to consume alcohol, the National Institute on Drug Abuse reports that 72 percent of high schoolers across America consume alcohol by the time they graduate high school. Students who start consuming alcohol at a young age begin building a tolerance to alcohol, meaning they will have to consume more in order to reach the same high.

There is the potential of disrupting the high school education environment and healthy college lifestyle if we lower the alcohol age below 21. While a significant amount of students do consume these beverages, there are regulations and consequences set in place to motivate students to obey the law if they wish to continue participating in sports or other extra-curricular activities.