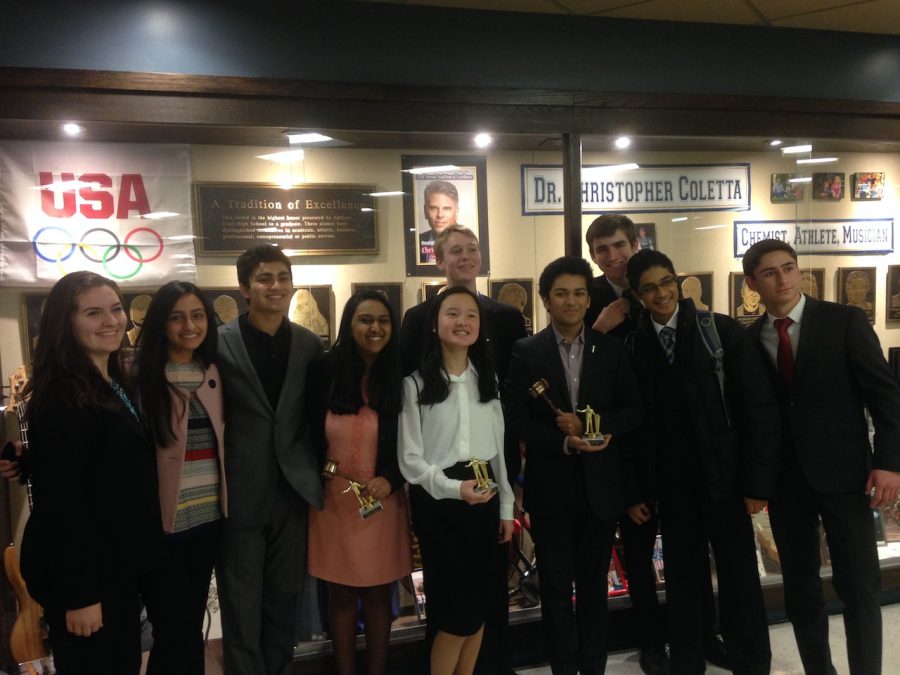 It’s a chilly Saturday morning as debaters from Naperville Central take the bus to go to Addison Trail High School. As the bus goes to the school, many are eating munchkins and preparing for the busy day ahead. Many feel hopeful to place, like freshman Aaina Vannan.

“There are going to be a lot of amazing debaters in my chamber, and [it] will be very challenging,” Vannan said.

After entering the school, the team went into their designated area.

“It [was] very nice and kind of resembled a cool airport terminal,” sophomore and veteran debater Jim Royal said.

After final preparations, everyone went to their designated chambers for their first session. Each session was about two hours and 30 minutes. There were a total of three sessions, and approximately 30 minutes between each session, as well as a one-hour lunch period. During each session, the debaters in the chamber picked their order of bills they wanted to debate, and then they elected the Presiding Officer (P.O.), who ran the chamber for each session.

After the third session, the chamber picked the best bill that was debated, the best P.O. and the second and third best speaker from a list of those nominated by the judges. The best speaker was picked by the judges. After that, everyone went to the awards ceremony where the winners from each chamber were recognized.

Osman Syed, one of the captains of the Congressional Debate team, was very proud of the team.

“Everyone was well prepared and also debated well,” Syed said. “Also, no one came running to me saying that they screwed up.”

As a team, Naperville Central received 10 nominations, two best P.O. awards, three of whom who were in the top three of their chamber. Nominees were Nicole Angell, Mahie Gopalka, Sophie Hussain, Max Feudo, Neil Kasbekar, Jim Royal, Rishabh Jain, Vivian Zhao and Conor Kelly. Best P.O. awards went to Osman Syed and Mahie Gopalka. In addition to the nominations, Mahie Gopalka got third in her chamber. Vivian Zhao also placed third in her chamber, Osman Syed placed first in his chamber and Jim Royal was a finalist, receiving sixth place in the Tournament of Champions Chamber.