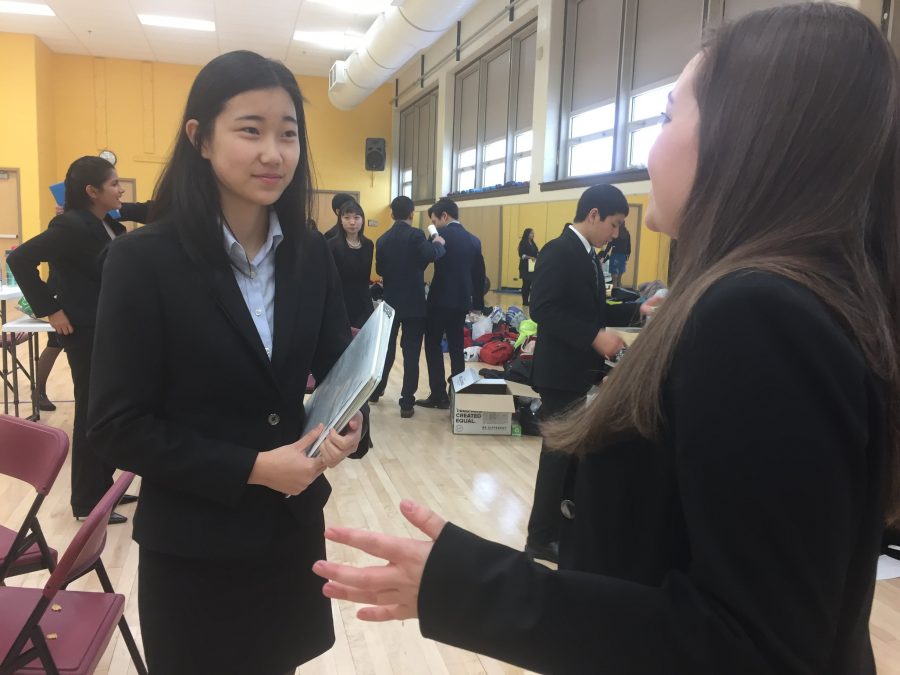 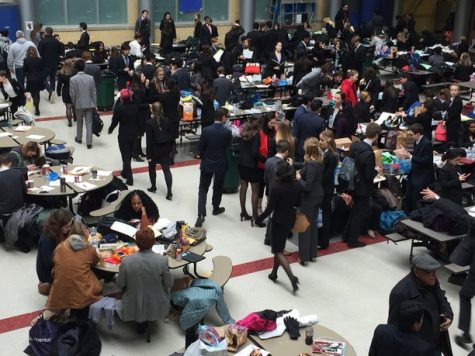 The cafeteria, where all thirty school’s teams convene during their down time.

It’s Dec 10, 2016. It’s the weekend and it’s been snowing outside for most of the day. It’s also freezing cold. Most people are in the comfort of their home. However, the Naperville Central Speech Team is at Central competing in the Tournament of Roses, a 30-team speech tournament hosted by Central.

“[Preparation for the tournament is tough because coaches still] have to coach the students on their speeches and work with them,” Captain Katie Kahl, senior, said.

The captains also have to do this.

“[We] also have to coach students, and make the team a good place for everyone,” Kahl said. 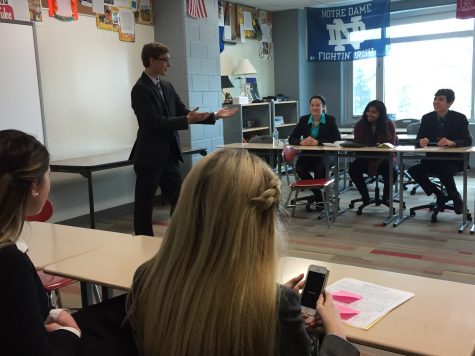 A student presents his speech during the Tournament of Roses.

After the tournament starts, Central’s team must immediately begin competing.

Consensus on this was reached across schools.