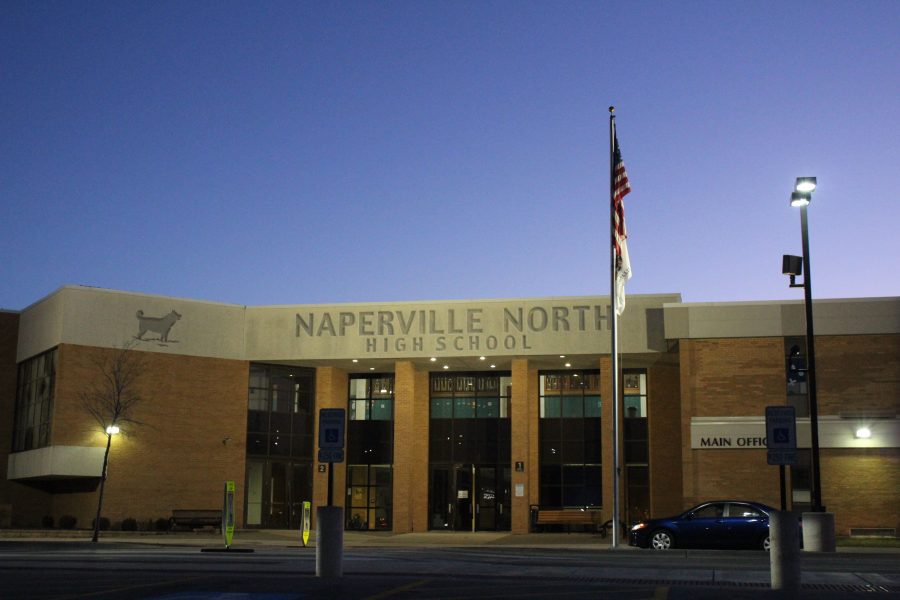 Fourteen Naperville North students were transported to Edward Hospital today after consuming gummy bears that unconfirmed reports state were laced with a “liquid-based marijuana substance,” according to the Naperville Police Department.

The symptoms exhibited by the 14 students included fast heart rate, dizziness and dry mouth. Thirteen of the 14 students consumed the gummy bears, but it is unknown if those students were aware of the substance within.

Superintendent Dan Bridges addressed the press in an afternoon news conference, along with officials from the Naperville police and fire departments.

“I am disappointed…I want our kids to be healthy,” Bridges said.

He emphasized that the district and Naperville Police Department will be working together to figure out what happened and how to address any disciplinary actions that might be warranted.

“We continue to review the specifics of the situation and will address it appropriately,” Bridges said in an email sent to District 203 parents, students and staff following the press conference.

Naperville Police Commander Jason Arres confirmed that the police department has acquired some of the gummies. He also confirmed that a 17-year-old student from North is being held in custody due to his involvement with these events and is cooperating with authorities.

As of 4 p.m., ABC 7 Chicago reported that 11 students are currently in stable condition at the hospital and are undergoing evaluation. Two students have been examined and released.

The following is a press release from Naperville 203:

[Yesterday] at Naperville North High School, 14 students were transported to Edward Hospital for medical treatment. We can confirm 12 are being treated as a result of consuming gummy bears that may contain another substance.
This candy made those students both uncomfortable and sick, so they were taken to the nurse’s office for care.  For safety precautions, the students were transported to Edward Hospital to receive medical attention.  Each student had varying degrees of discomfort and subsequent treatment.
Currently, 2 students are in stable condition and are undergoing evaluation, while 11 have been treated and released. They have been experiencing symptoms that include fast heart rate, dizziness and dry mouth.
We encourage all parents to have conversations with their children about making healthy choices. Our community is fortunate to have a number of resources available through school and other community partners to support the wellbeing of students.
We continue to review the specifics of the situation and will address it appropriately.  If you have any questions or concerns, please contact your school’s principal.
Delete Image
Align Left
Align Center
Align Right
Align Left
Align Center
Delete Heading