The Life of a Tennis Player 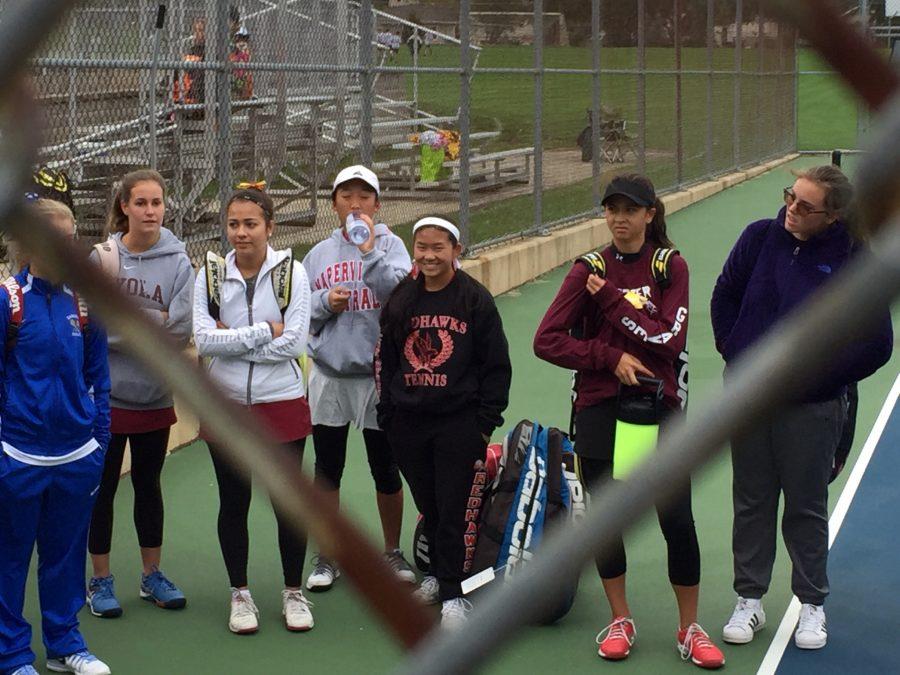 Autumn can mean many things for students at Naperville Central. It can mean a new beginning for freshman, another year of survival for sophomores, standardized testing for juniors, and college applications for seniors. However, for fellow senior and girls tennis captain, Zoe Comerford, it means that it is her last year playing high school tennis.

“NCHS Girls Tennis has been a huge part of my life for the past 4 years and I don’t know what I am going to do without it,” said Comerford.

Comerford has been playing for the team since she was a freshman, and now is in the varsity team as well as being one of the captains.

As with any athlete, there is that one or two people in an athlete’s life who has inspired or got him or her into a sport. With Comerford, it was her father who got her into tennis. Comerford’s father, a tennis coach of 40 years, coached Hinsdale South and Benet. Watching him coach inspired her to play tennis for fun, and then a competitively. She also attributes her success in tennis to varsity coach Dan Brown, as he is always made her try her hardest, shaping Comerford into what she is today.

Tennis was not her only passion. During her 7th grade year, she was a cross country runner for Kennedy Jr. High, as well as a competitive tennis player. However, during her freshman year, she had a huge dilemma.

“Before freshman year I had a very hard decision. Run cross country, or play tennis,” said Comerford. “I decided to play tennis because my parents…pointed out that I could try out for tennis and if I didn’t make it, I could always run cross country.”

As with all sports, time commitment is huge for girls tennis players. According to Zoe, “there are daily practices from 3:30-5:30 pm after school and also weekday matches, usually occurring on Tuesdays and Thursdays, which can last anywhere from 2-4 hours.”

In addition to practices and weekday matches, there are also tournaments, like Saturday tournaments, and tournament where one competing as a team, or individually, like the NNSH tournament or the St. Charles tournament.

Being a captain as well as being in varsity means you have to take an active role in the team.

“I definitely have to be very social and a communicator between the coach, and the players,” said Comerford. Also as a captain, Comerford has to also take up the mantle as a leader and inspired others to play to the best of their ability, which, of course, she has done.

“Zoe has always been cheering on all the other players, and keeping a positive feeling whether we are losing or winning. She has pushed everyone, especially me, to be better,” said Elaine Liu, Commerford’s doubles partner for the season.

This season, Central won 1st in conference, with Zoe and Elaine placing 1st in 1 doubles seed. The next week, the duo again came out on top during Sectionals, and qualified for state. In state, Central came in the top 20 in the tournament.

Comerford hopes to teach the team that resilience is the way to go. At the beginning of the season, she had a stress fracture in right hand, preventing her from playing, but with her courage and resilience, she played her heart out as soon as she got an okay from her doctor to play.

“My legacy and story is one that starts in devastation and ends in triumph,” she said.

Being a senior, Comerford plans to play division tennis in college next year, and continue taking private lessons from Dan Brown after her stress fracture has fully healed.