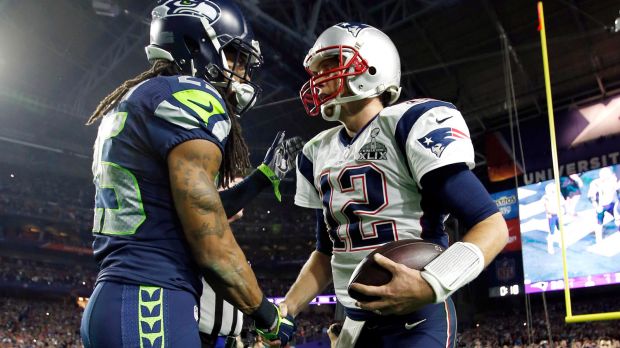 This year’s Super Bowl was what most people expected it to be: a very close game that would come down to the final seconds. The Seattle Seahawks won the coin toss and elected to kick the ball. The New England Patriots started what looked as though it was going to be a good drive, by converting on third down. That drive was very short lived as the Patriots proceeded to go three and out. The Seahawks started with the ball on their own side of the field and Russell Wilson handed the ball to Marshawn Lynch, who went next to nowhere. Wilson failed to keep the drive alive as the Seahawks also went three and out. This inability to score by both teams resulted in a pretty slow first half. 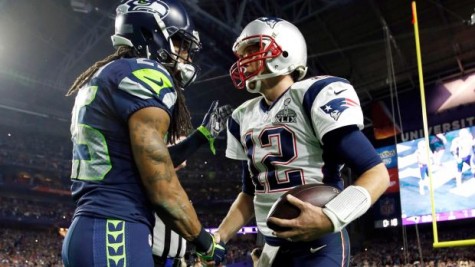 As the second quarter began, the game really started to get interesting. The Patriots struck first with Tom Brady throwing a bullet to teammate Brandon LaFell for an 11 yard touchdown. A handful of plays later, Seattle responded with 2:16 left on the clock with Lynch running it in for a three-yard score. But the quarter wasn’t over yet. The Patriots took advantage of the two minutes left on the clock and Tom Brady put together an impressive 80 yard drive that ended with a 22 touchdown pass to Rob Gronkowski. The Seahawks managed to put together a touchdown drive with thirty seconds left on the clock, thanks to a lucky grab by receiver Chris Matthews. Matthews tied the game at 14 points and sent the game into half-time.

As the Seahawks received the ball the second half, they failed to score a touchdown on the first drive, but they managed to score a field goal. Brady tried to answer back, but came up empty handed on the next drive. The Seahawks’ Wilson finally got going and threw a three-yard touchdown pass to Doug Baldwin.

While the game slowed down at the end of the third quarter, Tom Brady did what Tom Brady does best during the fourth quarter. He put together two amazing touchdown passes to Danny Amendola as well as Julian Edelman, giving the Patriots a 28-24 lead over the Seahawks with two minutes remaining. A lot can happen in two minutes, though. Wilson threw up a lob to Jermaine Kearse who managed to catch the ball while lying on the ground, after kicking it up with his foot and juggling it around. The catch brought the Seahawks to the Patriots’ one yard line. That catch was all too familiar for the Patriots, as the catch closely resembled that of the New York Giants David Tyree’s helmet catch during Super Bowl XLII against the Patriots.

That is when Seattle Head Coach Pete Carol made a decision that would haunt him for the rest of his life. He elected to pass it on second down, on the Patriots one-yard line, with 15 seconds to go. As Wilson went back to throw, Patriots undrafted rookie cornerback Malcolm Butler made his first and most important interception of his career. His interception sealed the unlikely come-from-behind win for the Patriots.