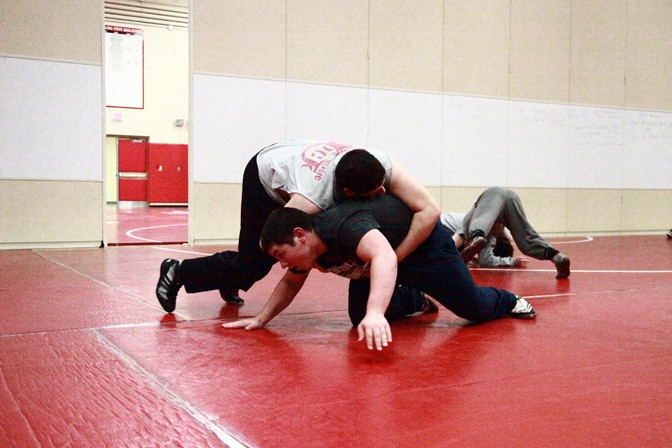 Central’s wrestlers have started the season strong after opening up with a 2-1 finish at their own quad tournament over Thanksgiving weekend. Senior captain Derek Wilke won all of his matches at the tournament, beating a state qualifier, and finished 3-0.

This year, Wilke hopes he can improve on last year’s performance at the regional tournament.

“I just hope that I can do better than last year,” Wilke said. “I just want to qualify for state this year, because I haven’t been able to qualify the past two years [because I got injured at regionals last year].”

This year, coach Rob Porter has high hopes for the team and thinks that it will have more success than ever before. Porter feels as though his team has a big advantage over other competitive teams in the DVC.

“Our strongest point is our experience,” Porter said. “We have more returning varsity [wrestlers] than we have ever had before, which is a big plus for the team.”

Wilke hopes to have the team qualify for team sectionals this year by winning regionals. According to Porter, the team has to compete against some of the toughest teams in the state, DVC, as well as in the regional tournament.

“My goal for the team is for us to win the regionals, so we can qualify for team sectionals, and then hopefully team state,” Wilke said. “That would be really good, because that has only happened twice in the school’s history.”

The team prepares daily for its upcoming DVC matches. Porter expects the boys to try their hardest to go out and win matches, and thinks this is possible through the team’s hard work.

“We have a really hard working and dedicated team this year,” Porter said. “I know that if the boys keep working like they are right now, they will be able to go very far.”