Cursive a necessity to improve the mind

Illinois passed a law in April requiring lessons in cursive for elementary and high school students. The CT debates if it is necessary to learn cursive in the modern age. 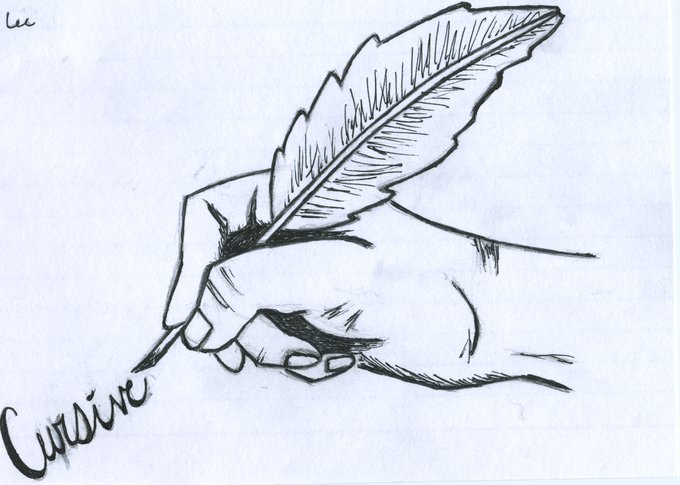 All students need to know how to sign their name. It is important to know cursive because it shows a greater control over handwriting, and it is similar to knowing another language. The keyboard has a lot of power over our lives, but knowing cursive shows fluency over the written English language.
Research suggests that printing letters and writing in cursive activate different parts of the brain. Children’s fine motor skills are enhanced by learning cursive, and writing in longhand generally helps students retain more information and generate more ideas.

Kids who learn cursive rather than simply manuscript are forced to think of words as wholes instead of parts. Instead of stopping before every letter it is required to plan ahead and can only pause before whole words.

Computers have already emerged as the primary source for writing, many feel teaching cursive writing is not necessary and believe the time would be better spent teaching keyboard skills.

However, I believe that teaching cursive writing is still very important and should not be dismissed from the curriculum.

Cursive writing may be making a comeback, at least in some states. As of 2016, 14 states require cursive instruction. The nation’s largest public school district, New York City schools, began encouraging cursive writing instruction in the fall of 2016.

Cursive writing involves using the hand muscles in a different way than print writing. Generally, when cursive is taught in early years of education, these skills can be very beneficial in furthering motor skill development.

If students are taught the English language in only print writing, they have one opportunity to learn the letters. By learning cursive along with print, students get another chance to fully comprehend the alphabet. Learning cursive also gives students a clearer understanding of how letters are formed, which will improve their print writing.

Being comfortable with cursive writing will enhance students’ confidence when they write and sign documents. A cursive signature is most commonly required to endorse legal documents, also accompanied by a printed version of the name.

Cursive education cannot be eliminated from schools because by doing so, children will lose a very important skill.

The world is technology-dependent, but the traditional skill of handwriting must be retained. We must teach children that school is not all about studying and getting the best grades. School should instead be about learning more important skills that they will use later on.