Should elementary schools mandate a learning a second language? How does the American language education system compare to other countries? 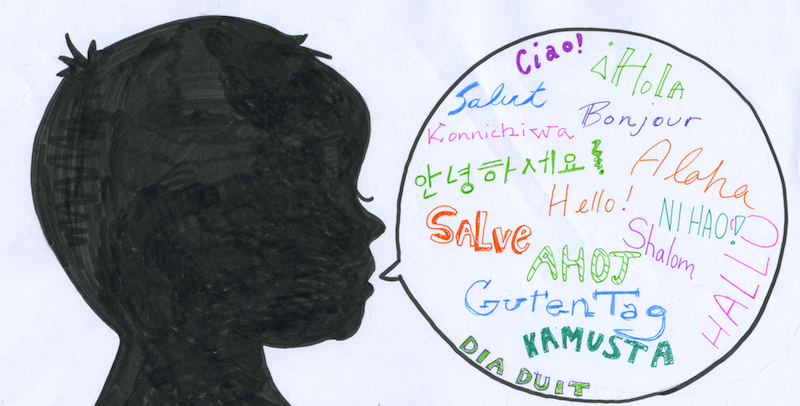 According to the National Institute of Health (NIH), “bilingual children tend to be better than monolingual children at multitasking.” They’re also better at focusing their attention, such as honing in on a voice in a noisy cafeteria.

Bilinguals are also better than monolinguals at solving certain mental puzzles. Psychologists Ellen Bialystok and Michelle Martin-Rhee conducted a study in 2004 where bilingual and monolingual preschoolers were asked to sort blue or red circles and squares on a computer screen into digital bins— one marked with a red circle and the other with a blue square.

Bialystok and Martin-Rhee concluded that bilingual children “maintained [an] advantage on tasks that require control of attention.”

According to the New York Times, bilingualism improves the brain’s executive functions — the command system that manages attention processes that are used for planning, solving problems and other mentally exhausting tasks. This includes avoiding distractions, shifting attention to a different subject while still recalling other information — like remembering a specific route while driving.

“Bilinguals have to switch languages quite often — you may talk to your father in one language and your mother in another language,” researcher Albert Costa said. “It requires keeping track of changes around you in the same way that we monitor surroundings when driving.”

Costa and his colleagues conducted a study that compared German-Italian bilinguals and Italian monolinguals on monitoring tasks. He discovered that bilinguals performed better and also with less brain activity in the sections of the brain involving monitoring, indicating that they were more efficient at it.

Bilinguals enjoy the benefits of knowing another language. Although District 203 gives all its high school and middle school students the opportunity to learn a foreign language, the benefits would have a greater effect on students if they learned the language earlier.

No one has doubted the power of spoken and written language, but who would’ve known that it could leave such a deep imprint on the mind?